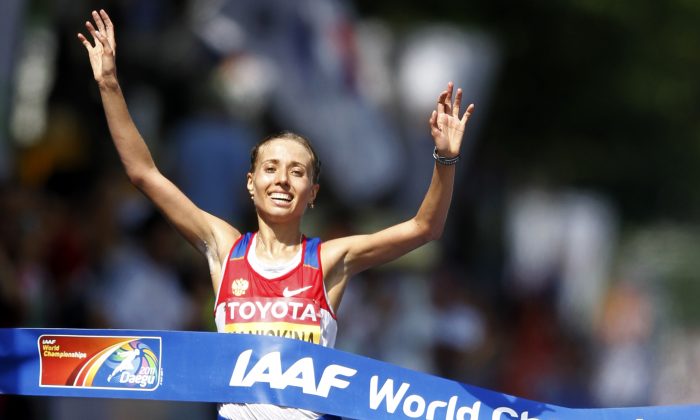 A sports court rejected an appeal filed by The Russian Olympic Committee and 67 of its 68 banned track and field athletes on July 21.

The ruling upholds the Rio Olympic ban that the International Association of Athletics Federations (IAAF) placed on June 17.

The IAAF suspended all Russia Athletics Federation athletes from IAAF membership after a doping scandal in November 2015 and again on June 17, 2016. The athletes are ineligible for international competitions, including the Rio Games.

It is possible some athletes will be able to independently compete under the Olympic flag.

After the Court of Arbitration for Sport ruling, Russia’s Sports Minister Vitaly Mutko called for a disbanding of the IAAF.

Mutko also said the judges were corrupt and accused them of depriving clean athletes of their dreams, adding that the World Anti-Doping Agency did not present any facts or evidence.

The decision could lead the International Olympic Committee (IOC) to exclude Russia’s entire Olympic delegation from Rio this summer.

The IOC said on Tuesday it will “explore the legal options” regarding a ban of all Russian athletes for the upcoming games. It is expected to make a final decision by Sunday, July 24, less than two weeks out from the opening ceremony.

The World Anti-Doping Agency’s (WADA) recommended on Monday that Russia be banned from all international competitions, including the 2016 Rio Olympics and Paralympics. The call for a ban was made after WADA received the 103-page McLaren report, which confirmed state-sponsored doping in Russia.

The McLaren report was conducted after the director of Russia’s anti-doping lab, Grigory Rodchenkov, said dozens of Russian athletes used a cocktail of drugs to win gold medals at the 2014 Winter Olympics in Sochi, reported The New York Times on May 12.

WADA appointed Canadian law professor Richard H. McLaren to investigate the matter, and concluded that Rodchenkov “has been truthful” in his allegations.

Russian Deputy Minister of Sport Yuri Nagorny, who was appointed in 2010, was critical to the smooth running of the method, the investigation found. He was alerted of every positive analytical finding in the Moscow laboratory from 2011 onwards.

“The athlete benefited from the cover up determined and directed by the Deputy Minister of Sport and could continue to compete dirty,” says the report.

Between 2012 to 2015, the Disappearing Positive Methodology was used on 643 positive samples, the investigation found. Russian athletes from the vast majority of summer and winter Olympic sports benefited from the system.

Rodchenkov said he created a three-drug cocktail of illegal steroid substances—metenolone, trenbolone, and oxandrolone—that he mixed with liquor and gave to dozens of Russian competitors.

During the 2012 London Olympics many of Russia’s top athletes were using the cocktails, Rodchenkov said. The cocktails were distributed to various sport federations by Irina Rodionova, the deputy director of the Center of Sports Preparation of National Teams of Russia (CSP).

In addition, the Sochi lab operated a unique sample swapping method to avoid Russian athletes from being caught doping during the Olympics, the investigation found.

The McLaren report says the Russian Ministry of Sport directed, controlled, and oversaw the manipulation of athlete’s analytical results or sample swapping, with the help of the Russian Federal Security Service, CSP, and both Moscow and Sochi labs.