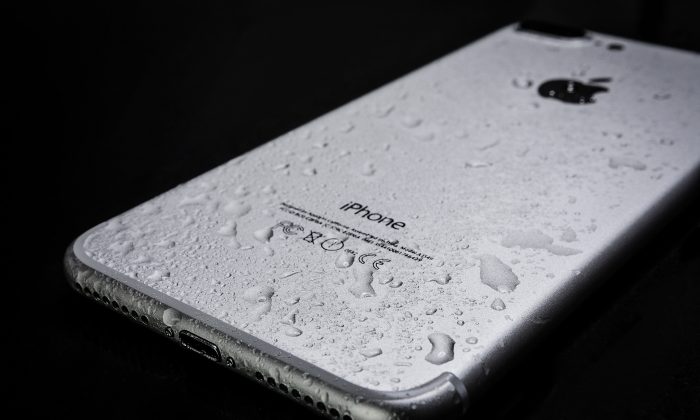 A wet iPhone 7 is shown in this file image. (Pixabay)
Europe

A 15-year-old Russian martial arts champion was electrocuted when she dropped her iPhone in the bathtub, according to local reports.

Rybnikova had died instantly of heart failure when her phone, plugged into a charger, fell into the water on Dec 8.

She had recently won the national youth championship in Pankration, an ancient Greek mixture of boxing and wrestling known for its uncompromising “no rules” style.

According to friends, she was from a wealthy, prosperous family.

Rybnikova had recently been selected to represent Russia on a national level in Pankration.

A close friend of Irina told Pravda that she was “a wonderful person” who strove for success in sports.

“She was loved simply by everyone, she was sociable, kind, beautiful,” she told Pravda.

In a widely reported statement, her local martial arts federation said, “A tragic accident has taken the life of our champion, friend, mate, and student Irina Rybnikova, 15. ‘She was a candidate for Master of Sports in Pankration, our beloved girl. Rest in peace.’”

Earlier this year another Russian schoolgirl died of electrocution when her phone fell into the bath as she charged it.

Last week a Malaysian teenager was found dead by his mother with no sign of injury other than bleeding from his left ear, with the earbud still in his ear.

The coroner determined that the 16-year-old had died of electrocution on Dec. 3, according to local media reports.

He is thought to have been shocked through the earbuds plugged into his phone while it charged.

Last year, in Vietnam, another teenager was reportedly killed by a faulty cable that was charging her phone on her bed as she slept.

Le Thi Xoan, 14, was found by her parents lying on her bed unconscious in November last year, The Sun reported. Her parents rushed her to a local hospital but doctors were unable to revive her.

A burnt white iPhone 6 cable was found on her bed by police in the Vietnamese capital, Hanoi. It is thought that tears in the cord’s casing exposed the live wires inside and that she had rolled onto it in her sleep.

But it’s not just the charging cable that can be deadly.