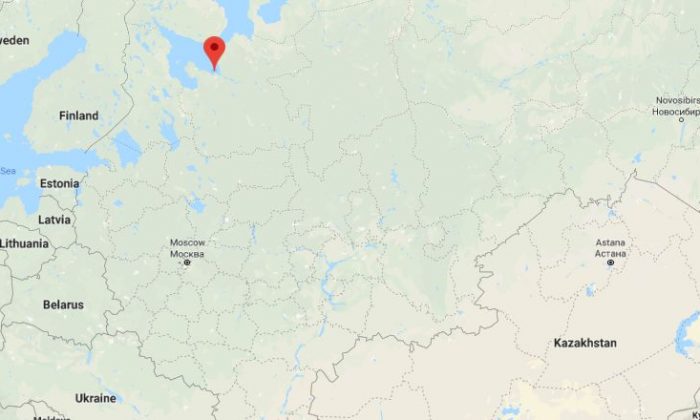 A Russian boy who attempted to defend his mother against a man who was trying to assault her has died after suffering injuries in the attack. (Google Maps)
International

A Russian boy who attempted to defend his mother against a man who was trying to rape her has died after suffering injuries in the attack.

Vanya Krapivin, 15, reportedly saved his mother from the assault but sustained serious injuries to his head. Sky News reported on Dec. 6 he came home from school in Severodvinsk in northwestern Russia to find his neighbor, Roman Pronin, 37, in the attack.

This just breaks your heart. What a hero ❤️

Vanya picked up a 6-pound dumbbell and hit Pronin with it. But the man grabbed the weight and struck him over the head before fleeing.

Neighbors who heard the attack found the pair unconscious. Vanya was left comatose during the attack while his mother recovered after she was stabbed 27 times by the man.

Surgeons had to remove some of the boy’s brain, prompting a Russian TV personality to raise money for him. The incident occurred in May 2017.

Sky reported that Vanya was in a coma for about nine months. He later started to recognize his nurse and was eating liquid food. According to a Russian news website in March, he regained consciousness, and it added that his mother, “an alcoholic [who] has three children,” didn’t bother to visit her son for some time.

Sky reported of his mother: “Vanya’s mother has faced criticism in Russia for only visiting him a few times. She said she could not bring herself to see him because she blamed herself for the attack.”

About a month later, he was transported to Moscow to a rehabilitation center. A month later, however, he contracted the flu and later died.

According to the Metro, he was slated to be sent to Spain for further recovery.

Before the attack, his mother, Natalia, had asked Russian officials to stop Pronin, a convicted murderer who was released from prison, from living near her family when he was released.

Pronin was jailed for 14 years for their attempted murders in the May 2017 incident. He will now face murder charges after the teen died.

Russian officials claim they will investigate why Pronin was allowed to live near children, according to the report.

Russian prisons have a notorious reputation for being brutal, cold places.

“Russia’s Federal Prison Service estimates that almost 600,000 suspects and inmates are held in the country’s prison system as of June 2018. Lawyers say suspects spend an average of one to two years in pretrial detention, with upwards of 104,000 people held in pretrial detention at any time,” the Moscow Times reported.

According to the TASS state-run news agency, Russian officials in July said they would carry out investigations into “cases of brutality against inmates after a beating scandal at a Yaroslavl prison,” among the more notorious ones.

One prison, the Black Dolphin facility, has been dubbed the “toughest” prison in Russia, located near the Kazakhstan border. The prison houses serial killers, terrorists, sex offenders, and high-risk inmates.

Prison guard  Denis Avsyuk told National Geographic: “The main crime committed by the convicts here is murder. But we also have maniacs, pedophiles, and terrorists.”

He added: “To call them people, it makes your tongue bend backwards just to say it. I have never felt any sympathy for them.”

The inmates are kept in isolated cells and are monitored 24 hours per day. When they are taken out of their cells, the prisoners are sometimes forced to walk blindfolded or even backward to stop them from learning the layout of the facility.