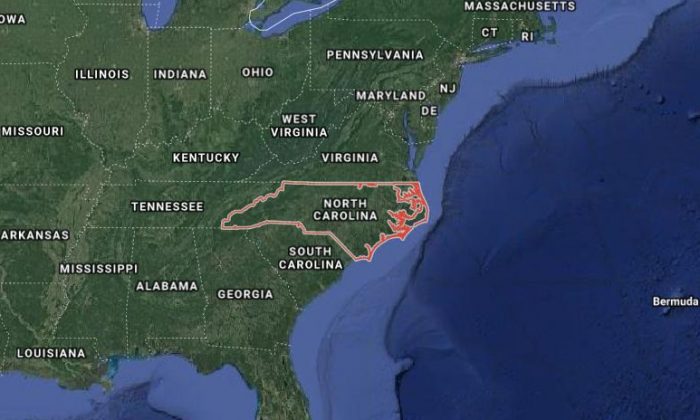 Russian spy ship, the Viktor Leonov, was detected 100 miles off the coast of North Carolina on Monday in international waters, U.S. military officials have confirmed.

The ship was seen leaving the capital of Trinidad and Tobago, Port of Spain, just days before that. It was observed operating in the Caribbean last week, officials said.

Guess who is back patrolling our waters again?

It's the Russian spy ship, the Viktor Leonov.

It's the same one that trolled our waters and naval bases last year. pic.twitter.com/hAdTnKQ8xF

According to CNN, two U.S. military officials said the Viktor Leonov is being tracked by the USS Cole and other U.S. warships.

An official said that the ship usually travels up the eastern seaboard of North America near Cape Canaveral, King’s Bay, Norfolk, and New London. Those are home to American military installations.

However, officials told the Beacon that the destination of the Viktor Leonov—a Vishnya-class intelligence ship—is not yet known at this time.

“What makes it noteworthy is the increase of Russian naval activity worldwide. It makes us pay close attention, not to the tactics, but to how this fits into overall Russian naval behavior,” said one official.

“This time in our backyard. Most assume competition will be seen and felt far from home. This is another reminder that we are an island nation subject to naval competition right off our shores.”

Last February, the ship was followed by U.S. military assets after sailing some 30 miles off the coast of Connecticut.

Capt. Jeff Davis, a Pentagon spokesman, said at the time: “There’s been a lot made of this Russian ship, the Viktor Leonov, reported to be off the East Coast of the U.S. It’s not something we’ve seen where they’ve entered U.S. territorial waters, and as such, it’s lawful and very similar to operations we do in places around the world,” according to TeleSUR.

Russian spy ship, the Viktor Leonov, is causing anxiety with its presence near the United States' east coast. Officials, who asked not to be named, disclosed that the Russian vessel was in the Caribbean and is now heading toward the Florida coast.https://t.co/vkeTBfXR6u pic.twitter.com/RLUd8LFjOK