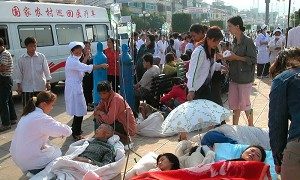 A controversial shipment of arms for Syria is now heading back to Russia, the British government has said.

The MV Alaed, which was believed to be carrying three refurbished attack helicopters for the regime of Bashar al Assad, sparked diplomatic tensions between Moscow and Washington last week.

“I am pleased that the ship that was reported to be carrying arms to Syria has turned back apparently towards Russia,” British Foreign Secretary William Hague told the House of Commons on Wednesday.

“We have in place a European Union arms embargo on Syria,” he added. “We discourage anyone else from supplying arms to Syria. We have had discussions with Russia about that specifically.”

The British marine insurer Standard Club withdrew coverage for the vessel, based on the nature of its cargo.

“We were made aware of the allegations that the Alaed was carrying munitions destined for Syria,” the company said in a statement to RIA Novosti. “We have already informed the ship owner that their insurance cover ceased automatically in view of the nature of the voyage.”

The Russian shipping company Femco, owner of the MV Alaed, posted a statement that denied the company has participated in “illegal transportations of the weapon and military helicopters to Syria.”

“The vessel now makes an ordinary commercial voyage, in full accordance with international norms and rules,” the statement reads.

The MV Alaed carries a number of Syrian-owned Hind-D Mi-25 helicopter gunships, according to the Daily Telegraph, which had been sent for repairs to state-owned manufacturer Mil, in Kaliningrad.

Details of the shipment emerged last week when U.S. Secretary of State Hillary Clinton accused Russia of supplying helicopters to Syria with which to carry out the slaughter of its civilians.

The allegations caused international tension, and Moscow was quick to point out that the helicopters had been sold a long time previously.

“Whether they are new or they are refurbished, the concern remains that they will be used for the exact same purpose that the current helicopters in Syria are being used, and that is to kill civilians,” she said, according to AP.