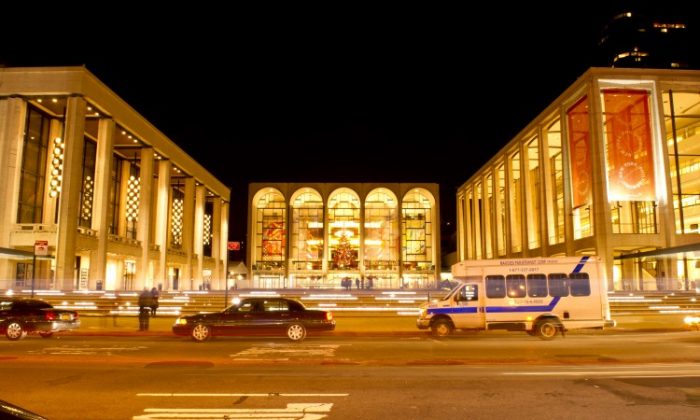 NEW YORK—Shen Yun Performing Arts graced the stage on Wednesday April 18 at Lincoln Center’s David H. Koch Theater, showcasing one of the most ancient cultures in the world to a full house.

“It’s amazingly colorful,” said Misha Novakhov, a radio host for 87.7 FM, the only Russian FM radio station in New York City. “I like the colors and everything, so many bright colors. But what I also like is the interaction between the graphics and the real life—that was done amazingly.”

New York-based Shen Yun tours the world reviving the 5,000-year-old, divinely-inspired Chinese culture after this culture was nearly decimated by more than 60 years of communist rule in China, according to the company’s website. The bright and vivid colors come from handmade costumes of imperial dragon robes to the warrior’s helmet and armor, and a digital backdrop that transports audiences to different realms.

“I’ve never seen anything like that before,” said Mr. Novakhov. “I really did like it. This is something very new, very unique, very unusual.”

The radio host said the dance Martial Arts Training Ground stood out for him. The dance depicts soldiers gathering on an ancient training ground to hone their skills, according to Shen Yun’s program. “Trained in the martial arts for war, their movements flow like water but are as solid as rock. Each on his own is a formidable force. Nevertheless the soldiers’ true strength appears when they combine, moving with the might of a mountain.”

“It was very entertaining,” said Mr. Novakhov. “I like the moves, I like the feeling of it.”

Award-winning vocal soloists, who use bel canto vocal technique while singing Chinese lyrics with English subtitles, are a part of Shen Yun’s performance. Mr. Novakhov loved the voice of the soprano, Haolan Geng, adding that she was “absolutely amazing.” Ms. Geng performed an encore when prompted by the audience.

Several dances depict the oppressive situation in modern China under communist rule through the persecution of Falun Gong, a meditation practice guided by the principles of truthfulness, compassion, and tolerance, according to Shen Yun’s website. Since the communist regime began a campaign to try to eradicate the group, “Falun Gong practitioners have held firm to their beliefs and have continued to expose countless injustices through peaceful means. Their spirit of compassion and tolerance manifest the very essence of China’s 5,000-year-old divine culture.”

Coming from Russia, a former communist country, Mr. Novakhov appreciated the dances showing “the difficulty of living within the communist world.”