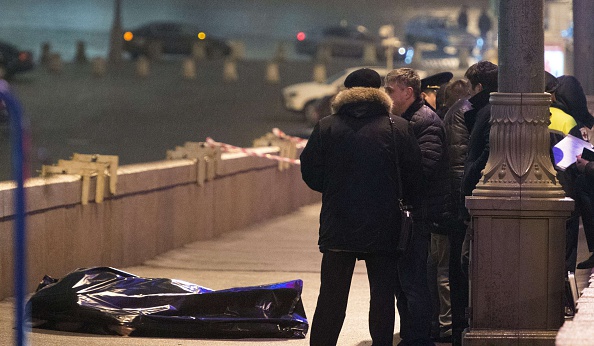 The drive-by murder of Boris Nemtsov, a well-known Russian opposition figure, has drawn the condemnation of numerous world leaders, but he may have predicted his death two weeks ago.

“I’m afraid Putin will kill me because of my actions,” he told the Sobesednik blog in mid-February, referring to Russian President Vladimir Putin. Nemtsov had been a outspoken critic of the Kremlin. He also said of Putin, “I couldn’t dislike him more.”

After his death, Russia’s interior ministry quickly issued a statement in saying his death would be investigated. Meanwhile, Putin also condemned the killing.

‘Jihadi John’ is Vladimir Putin, According to CNN

Nemtsov also said in the interview that his mother had feared for his safety. “She is very afraid” of the prospect of him losing his life. “I’m her son, after all,” he added.

He was shot four times in the back on a bridge near the Kremlin–in one of Moscow’s most heavily guarded areas.

“We will do everything to ensure that the perpetrators of this vile and cynical crime and those who stand behind them are properly punished,” Putin said in a statement to his mother. “Please accept my deepest condolences in connection with this irreparable loss. I sincerely share your sorrow,” he added.

“Boris Nemtsov has left his mark in the history of Russia, in its political and public life. He occupied significant posts in a difficult time of transition in this country. He always openly and honestly voiced and upheld his views.”

Obama described Nemstov as “a tireless advocate for his country, seeking for his fellow Russian citizens the rights to which all people are entitled.”

“I admired Nemtsov’s courageous dedication to the struggle against corruption in Russia and appreciated his willingness to share his candid views with me when we met in Moscow in 2009,” he said in a statement. “We offer our sincere condolences to Boris Efimovich’s family, and to the Russian people, who have lost one of the most dedicated and eloquent defenders of their rights.”

“Boris Nemtsov committed his life to a more democratic, prosperous, open Russia, and to strong relationships between Russia and its neighbors and partners, including the United States,” he said, per USA Today. “He served his country in many roles – in the federal government, in the parliament, as Governor of Nizhniy Novgorod, and as a political leader and activist. In every post, he sought to reform and open Russia, and to empower the Russian people to have a greater say in the life of their country.”