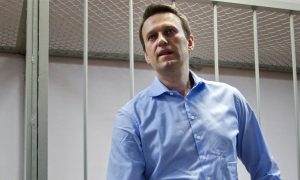 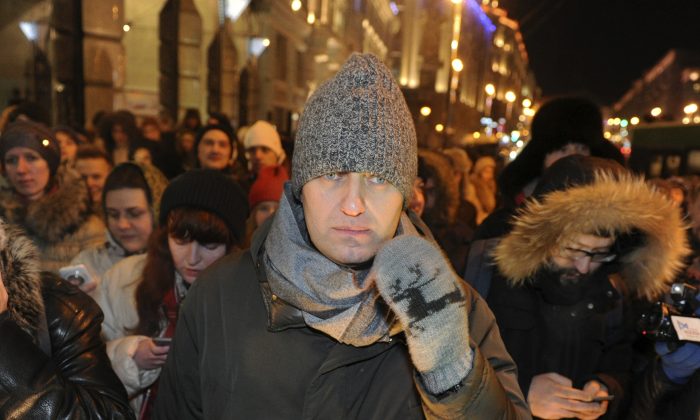 Russian opposition activist and anti-corruption crusader Alexei Navalny (C), 38, walks to attend a rally in Manezhnaya Square in Moscow, Russia, Tuesday, Dec. 30, 2014. The unsanctioned protest came hours after Alexei Navalny was found guilty of fraud and given a suspended sentence, while his brother was sent to prison. (AP Photo/Anton Belitski)
Europe

Police have pushed demonstrators away from a square just outside the Kremlin.

The unsanctioned demonstration on Tuesday came hours after Alexei Navalny, an anti-corruption campaigner and the chief foe of President Vladimir Putin, was found guilty of fraud and given a suspended sentence of 3 ½ years. His brother was sent to prison.

The convictions are widely seen as a political vendetta by Putin.

Police allowed the protest in Moscow to proceed for about two hours, then moved in to push protesters away from the site.

Navalny, who has been under house arrest since February, broke its terms to attend the rally and was rounded up by police as he approached the site of the protest.