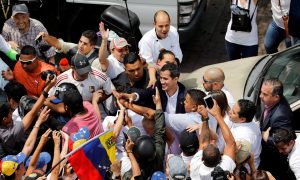 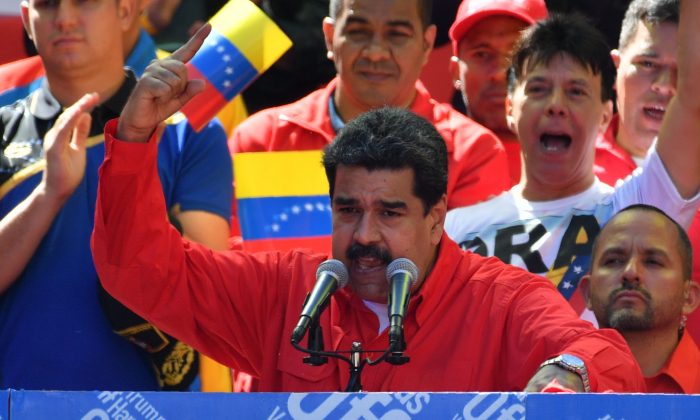 A Venezuelan military official confirmed that a Russian general and 100 troops were sent to the country as part of a military strategy, according to reports.

Reports on March 24 said that an Ilyushin IL-62 passenger jet and an Antonov AN-124 military plane arrived at the airport in Caracas. A local journalist tweeted photos of the planes.

Both Russian and Venezuelan officials have not issued any statements about two Russian planes.

According to The Guardian, the Russian officials are there to discuss equipment maintenance, training, strategy.

An unnamed Russian official was quoted as saying that there was “nothing mysterious” about the visit. “It would be wrong to suggest this is some kind of major deployment,” another person said.

A flight-tracking website showed two planes left from a Russian military base and headed to Caracas, the Venezuelan capital, on March 22, Reuters reported. One of the planes left Caracas on March 24.

“The Secretary told Russian Foreign Minister Lavrov that the United States and regional countries will not stand idly by as Russia exacerbates tensions in Venezuela. The continued insertion of Russian military personnel to support the illegitimate regime of Nicolas Maduro in Venezuela risks prolonging the suffering of the Venezuelan people who overwhelmingly support interim President Juan Guaidó,” according to a statement from the State Department on March 25.

Pompeo, according to a news release, also called on Moscow to stop its “unconstructive behavior and join other nations, including the overwhelming majority of countries in the Western Hemisphere, who seek a better future for the Venezuelan people.”

Several months ago, Russia deployed strategic, nuclear-capable bombers in the socialist Latin American nation. The Guardian also noted that there was speculation that Russian mercenaries went to Venezuela to protect Maduro amid calls from dozens of countries to step down from office.

The report comes after the Trump administration placed biting sanctions on Venezuela’s oil industry in an attempt to pressure Maduro into stepping down.

The nation, meanwhile, has been racked by power outages, water shortages, food shortages, riots, and looting.

Guaidó, who declared himself the interim president earlier in 2019, received the support of the United States and over 50 countries, including most of South America.

Both Russia and China have given billions of dollars to Venezuela, essentially propping up Maduro.

Over the weekend, Maduro said there would be a shake-up in his government after months of turmoil.

“I will in the coming hours announce new government methods and a profound change in the entire government of Venezuela,” Maduro said in a speech broadcast via state TV, according to Bloomberg News. “We need to renew ourselves, refresh, improve, change.”

But Maduro also called on his supporters to mobilize and arm themselves to defend Venezuela’s socialist regime.

Meanwhile, the U.S. sanctions, he added, won’t force him to “surrender,” according to the news outlet.