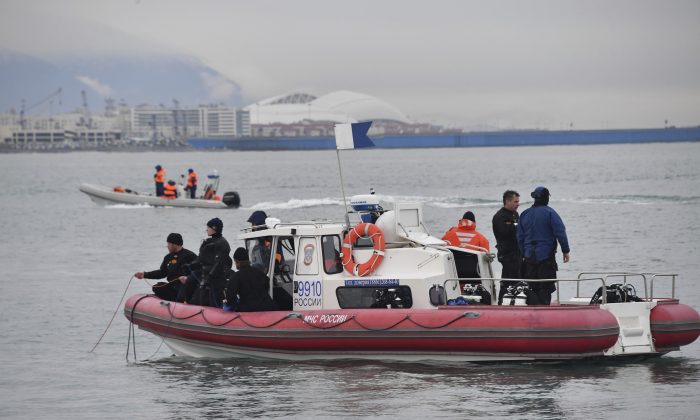 Ministry employees on boats search for fragments of a plane in the Black Sea, outside Sochi, Russia, on Dec. 28, 2016. (Vladimir Velengurin/Emergency Situations Ministry Photo via AP)
International

MOSCOW (AP)—A Russian military official says analysis of a crashed plane’s flight recorders has shown there was no explosion on board.

Lt. Gen. Sergei Bainetov said Thursday that “we have come to conclusion that there was no explosion on board.” He stopped short though of immediately ruling out a terror attack, saying that “we aren’t rejecting that version yet.”


Bainetov who heads the military commission investigating Sunday’s crash that killed all 92 on board, said a terror attack may not necessarily involve an explosion and that several factors might have contributed to the crash.