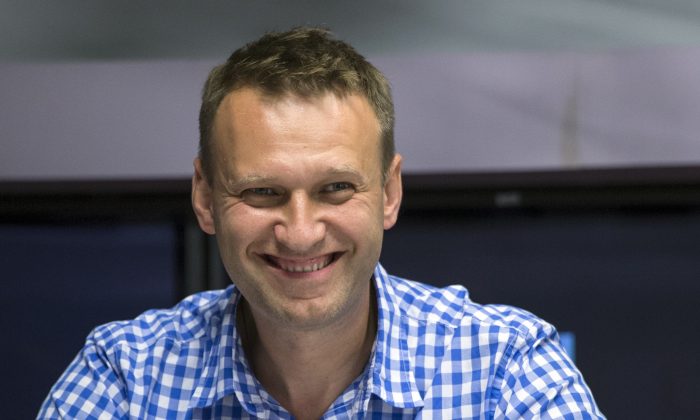 MOSCOW—Russian opposition leader Alexei Navalny on Tuesday officially announced his bid to run in the 2018 presidential election, a move that political observers say puts pressure on President Vladimir Putin and the Kremlin.

Navalny said in a video statement posted on a new campaign website that “I will take part in the struggle for the post of president of Russia.”

Russia’s most widely-known opposition figure and a leading anti-corruption activist, Navalny has repeatedly said Putin and his inner circle are guilty of graft and has successfully tapped into popular anger at the lavish lifestyle led by some of the country’s elite.

Navalny, 40, is currently on trial on fraud charges in a regional Russian city in a case that his supporters say is politically motivated. If convicted, he would be barred from running for public office.

Putin hasn’t said whether he will seek a fourth presidential term in the March 18 election, but he is widely expected to run.

Navalny’s plan to stand for president was widely known but Tuesday’s announcement marks the formal launch of his campaign.

In his program, Navalny said he would push for re-distributing wealth, fighting corruption, greater investment in education and health, political decentralization, judicial reform and a pull-back from involvement in foreign wars.

“It’s time for us to choose not only a person at elections. It’s time to choose between stagnation and a program of development,” Navalny said in his video address.

The development received little coverage by state-owned television stations, which are almost universally pro-Kremlin and how most Russians get their news.

Experts said that Navalny’s decision to launch a campaign was a shrewd political move that put the Kremlin on the back foot.

Announcing his intention to run now means Navalny can pressure authorities into allowing him to officially register his candidacy for the ballot next year, political expert Mikhail Vinogradov, head of the Petersburg Politics fund, said by telephone.

“Now everything that happens in the process going forward won’t happen in a vacuum, but will be an answer (to Navalny’s presidential bid),” political analyst Yekaterina Shulman wrote on Facebook on Tuesday.

Navalny, a trained lawyer, heads the Anti-Corruption Foundation, which publishes extensive exposes about the personal wealth and alleged corruption of Russian officials.

But he has no experience in public office. He shot to prominence with his blog entries about corruption and played a leading role in anti-Putin demonstrations in 2011 and 2012.

In 2013, Navalny organized a crowd-funded campaign to challenge Sergei Sobyanin, the incumbent pro-Putin candidate, in Moscow’s mayoral election. He surprised many observers by finishing in second place with almost 30 percent of the vote.