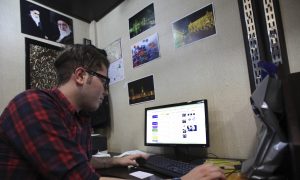 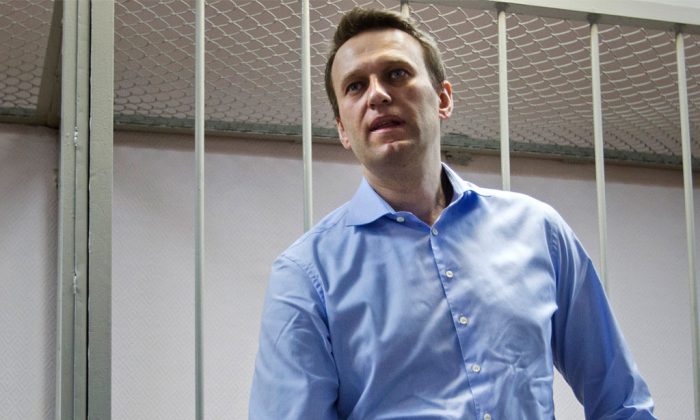 Russian opposition activist and anti-corruption crusader Alexei Navalny, 38, waits for a start of a trial in a court room in Moscow, Russia, Friday, Dec. 19, 2014. Russian prosecutors on Friday asked a court to sentence President Vladimir Putin's chief foe to 10 years in prison, but the defiant opposition leader vowed to keep up his fight against the Kremlin regime. (AP Photo/Pavel Golovkin)
Europe

MOSCOW—Supporters of Russia’s most prominent opposition leader on Tuesday revived their campaign to stage a protest near the Kremlin, despite government attempts to hamper their efforts by Internet censorship.

Navalny’s supporters set up a group on Facebook to organize a protest on Jan. 15, the day when the court is to deliver its verdict. But the Russian communications oversight agency, Roskomnadzor, said it had requested that Facebook block the group, which it did over the weekend.

While access to the original Facebook group page has remained blocked in Russia, Navalny supporters have opened a new group on Facebook and also continued to discuss the protest plans on Twitter and other platforms.

While the Russian authorities tried to track down and block any mention of the planned rally on social networks, they have clearly failed to keep pace.

Leonid Volkov, a close associate of Navalny, urged his supporters to speak to their friends and colleagues to encourage them to join the protest.

Navalny, a lawyer and popular blogger, rose to prominence with his investigations of official corruption and played a leading role in organizing massive anti-Putin demonstrations in Moscow in 2011 and 2012.

In a trial last summer, he was found guilty of embezzlement and sentenced to prison, but he was released the next day after thousands of people protested in the streets of Moscow. He was given a suspended sentence instead and finished a strong second in Moscow’s mayoral election in September 2013.

The request for such a lengthy prison sentence this time â unusual for financial crimes in Russia â sends a signal that President Vladimir Putin’s government may no longer have any qualms about putting Navalny behind bars, as Putin’s approval ratings have soared to more than 80 percent, bolstered by the annexation of Crimea.

From The Associated Press. Michael Liedtke in San Francisco contributed to this report.