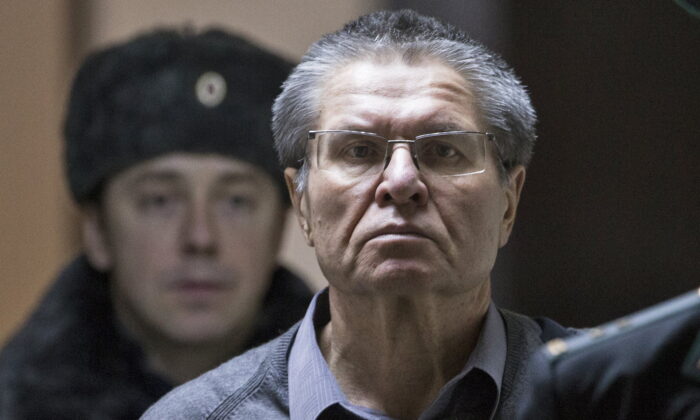 The highest ranking Russian official to go to prison in nearly two decades was released Thursday after serving more than half of an eight-year sentence for a bribery conviction.

He walked free Thursday, and Russian state television showed images of what it said was a convoy of cars taking him away from the Tver prison.

Ulyukayev was detained in 2016 at the headquarters of Russia’s largest oil producer, state-owned Rosneft. Prosecutors said he accepted a $2 million bribe from Rosneft’s influential chief executive, Igor Sechin, for giving the company the green light to privatize another oil firm.

The circumstances of the case sparked speculation that Ulyukayev was caught in a Kremlin power play involving Sechin, a longtime associate of Russian President Vladimir Putin.

Ulyukaev was arrested as he was leaving the Rosneft building with a bag full of cash that Sechin had given him as part of a purported sting operation by Russia’s main intelligence agency. Ulyukayev told the court that he thought the bag contained a bottle of wine and a basket of sausages.

Shortly after the arrest, Ulyukaev was dismissed from his post. He maintained his innocence throughout the trial and insisted Sechin had set him up.