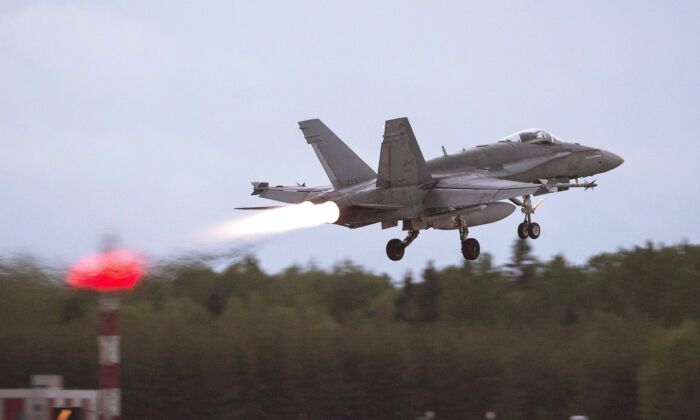 An RCAF CF-18 takes off from CFB Bagotville, Que. on June 7, 2018. (The Canadian Press/Andrew Vaughan)
Canada

A senior Canadian general in charge of protecting North American airspace says Russia has the capability to strike this continent, bolstering the need for improved defensive systems.

Russia has spent years investing in its military, including when it comes to things like cruise missiles, and developing a variety of non-nuclear weapons among other defence measures.

Protecting North America from the threat of a cruise-missile attack is the job of the North American Aerospace Defense Command, better known by the acronym Norad.

Maj.-Gen. Eric Kenny, commander of Canadian Norad region, says Russia has the capabilities, if it so desires, to strike within North America through different means, although he doesn’t expect imminent attack.

Kenny made the comments in an interview from Yellowknife as Norad conducted a previously planned exercise that includes Canadian CF-18 fighter jets.

Kenny says the exercise aims to give new and veteran members of the Forces a feel for operating in the North, and, ideally, to give Norad a leg-up on adversaries.