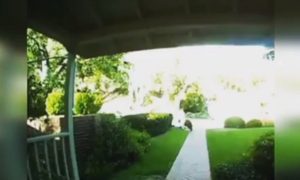 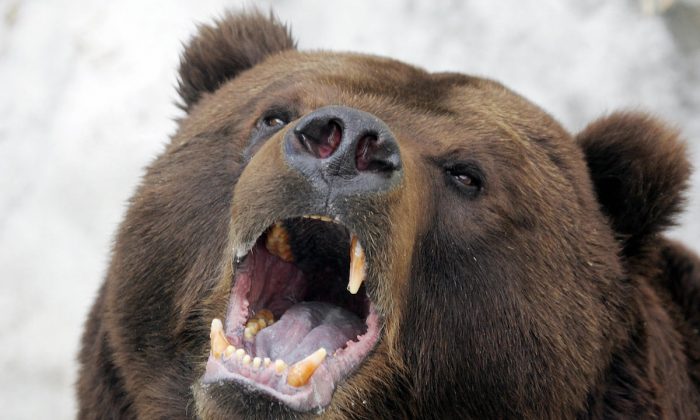 A pet brown bear killed and ate his Russian hunter owner leaving only “skeletal remains” behind. The 41-year-old Sergey Grigoriyev had raised the bear since it was a cub and ignored warnings after being attacked on a previous occasion, according to The Sun.

The police found the 41-year-old’s skeletal remains at his house after his relatives reported him missing.

The bear also killed and ate to the bone one of Grigoriyev’s three dogs, reported The Sun.

Police in Ozersk, in the Chelyabinsk region, spotted the bear which had escaped its cage and was walking around behaving aggressively.

The police shot dead the bear.

“Officers used their service weapons to kill the dangerous animal,” a police statement said. “As a result of the measures taken, the bear does not pose a threat to citizens’ lives and health any longer.”

Blood marks and the bones were all that remained of the fatal attack.

“The cage was open,” Senior detective, Alexey Petrov, said. “The animal was walking around, behaving aggressively.”

“On the plot we found the skeletal remains of a man,” he added.

The Russian hunter gave away one cub but kept Grumbler because the only offer he got was from a “baiting station,” where hunting dogs are trained with live predators. Such stations are notorious for their cruelty, reported The Sun.

A neighbor said he had shared tea with Grigoriyev but hadn’t seen him afterward.

“We called him but he did not answer,” he said. “When his relatives came, they saw a bear wandering around the plot.”

“There was a dog with them,” he said. “It attacked the bear, giving the people the opportunity to escape in the car.”

Detective Petrov said a dog belonging to Grigoriyev and another that came with the relatives were both killed and gnawed to the bone as well. Seems like the pet bear was quite hungry.

The Russian Investigative Committee is examining the case.

A similar incident occurred on Christmas when a woman had an arm torn off by a bear at a Christmas party.

The Russian woman had bragged about how she could feed the bear through the cage.

However, when she actually tried it, the bear chomped off her arm and had it for dessert.

The unnamed 53-year-old woman is now in intensive care in a “grave” condition after the attack at an Aidashki guest house in the Krasnoyarsk region of Russia.

She suffered huge blood loss following the attack and underwent emergency surgery on the stump of her arm, reported The Sun.

The victim is an employee of the small hotel. After drinking at the Christmas party she made her boast to other guests about feeding the beast.

“It ended in tragedy for the woman as the bear took its revenge on being held captive—and ate her arm for its festive meal,” a local said.

“We have often fed those bears ourselves,” a regular guest said. “We used a stick provided there to push the treat towards the cage.”

“Sometimes the bears open their mouths just like hippos and you can throw an apple right in,” the guest continued. “[The bears] are very smart, stretching their paws waiting for treats.”

Police are investigating the attack. Normally, bears are shot after attacking humans, but this bear might just get a reprieve, according to The Sun.

State Hunting Inspector, Vasily Vershkov, denied local fears that the attacking bear or the hotel’s other bear would be killed.

“We will wait until spring and assist in the release of these bears,” he said. “Nobody will kill them.”

Either way, it seems it’s safer to stay away from bears, whether or not they’re pets.