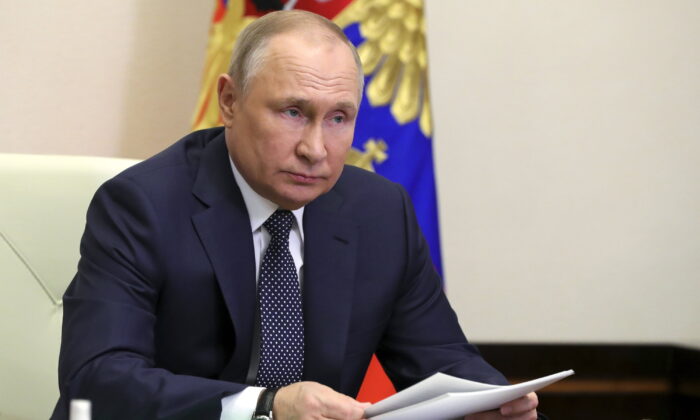 Russian gas continued to flow to Europe on April 1, the deadline set by Russian President Vladimir Putin for customers from “unfriendly” countries to start paying for deliveries in roubles or risk being cut off.

Putin on Thursday signed a decree on the rules of trade in natural gas with “unfriendly” countries, which includes all member states of the European Union.

“In order to purchase Russian natural gas, they must open rouble accounts in Russian banks,” Putin said in a televised address. “If these payments are not made, we will consider it a failure of the buyer to fulfill its obligations with all the ensuing consequences.”

The decree says countries covered by the roubles-for-gas requirement can open an account at Gazprombank, which is not covered by war-related sanctions, and pay for gas in foreign currency.

Gazprombank will then convert these euro or dollar payments into roubles. This arrangement effectively allows European buyers a way to keep paying for Russian gas in euros or dollars.

Gazprom said in a statement Friday that payments for export supplies of gas would be made in line with Putin’s decree and that the company had already notified customers about the procedure for payment in roubles.

European capitals have been on edge since Putin said he planned to force them to pay for Russian gas in roubles. Analysts said the move was a way to prop up the value of the Russian currency, which took a hit due to Western sanctions over the invasion of Ukraine.

Tensions were eased, however, when Kremlin spokesman Dmitry Peskov said Friday that, even if “unfriendly” buyers of Russian gas fail to confirm payment in rubles by the April 1 deadline, their supply would not be cut off immediately.

“Yesterday I was asked by many whether the lack of confirmation in rubles means that gas supplies will be cut off starting April 1. No, it doesn’t,” Peskov told reporters, according to state-backed news agency Tass.

Peskov clarified that payment for gas shipped now would anyway not have to be made until the second half of April or even later, and that Putin’s roubles-for-gas decree also doesn’t stipulate an immediate cutoff.

Governments in Europe, which relies on Russia for more than a third of its gas, are in discussions with their energy companies about how to settle the transactions and are looking to come up with a common approach.

Putin’s roubles-for-gas order has boosted the Russian currency, which fell to historic lows after the invasion of Ukraine but which has now recovered most of the lost ground.