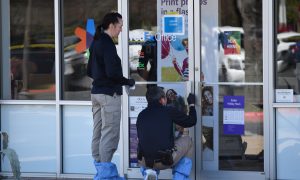 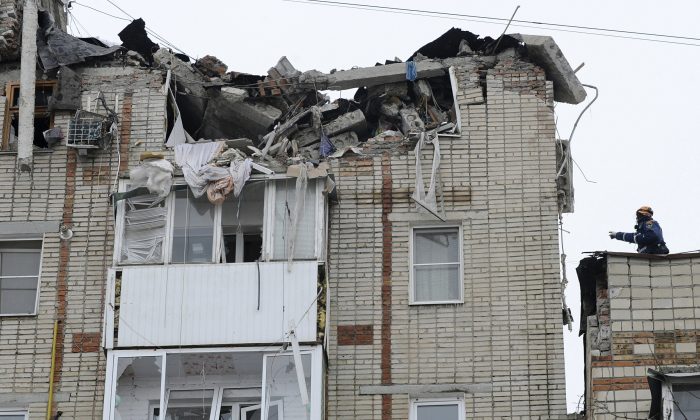 Emergency Situations workers at the scene of the destroyed top floor of a apartment building in the city of Shakhty, Russia, on Jan. 14, 2019. (Photo/AP)
Europe

MOSCOW—A suspected gas explosion at an apartment building in southern Russia killed at least one person and injured two others early on Jan. 14, authorities said.

The blast on the top floor ripped through the nine-story building in the city of Shakhty, not far from the Ukrainian border, before dawn. One woman was killed and two people have been hospitalized, Rostov region governor Vasily Golubev said on state-owned Russian television.

He said four people who are believed to live in the building are unaccounted-for, though it is unclear whether they were there at the time of the blast.

Footage from the site showed that the top floors of the building had collapsed and damaged apartments below.

The Investigative Committee said in a statement that it is treating the incident as a gas explosion and is searching the offices of the company that was the gas supplier for the building.

One of the injured is a 2-year-old girl who was pulled out of the rubble. Governor Golubev said the girl’s life is not in danger.

The blast came less than two weeks after another suspected gas explosion killed 39 people in the Ural mountains city of Magnitogorsk.