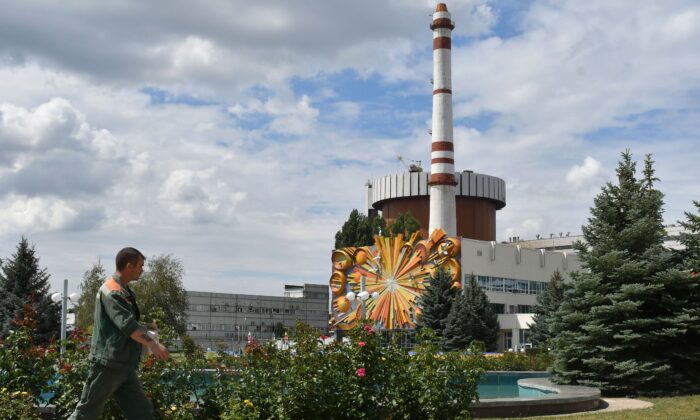 The Russia-Ukraine conflict has now entered its tenth day and Russian forces have seized Zaporizhzhia, the biggest nuclear plant in Europe located in Ukraine’s Enerhodar. The seizure caused international panic after the facility was reportedly hit by a projectile, sparking a fire that has since been extinguished.

If Russian forces successfully take control of the second-largest facility, Yuzhnoukrainsk Nuclear Power Station in Mykolaiv province, it will be the third nuclear plant in Ukraine that has fallen into the hands of Russia.

“Russian forces are now 20 miles, and closing, from Ukraine’s second-largest nuclear facility,” Thomas-Greenfield said during Friday remarks at an emergency meeting of the U.N. Security Council, without naming the facility, a statement released by the council reads.

Thomas-Greenfield noted the threat to Yuzhnoukrainsk was an “imminent danger” and the people of Ukraine “narrowly avoided a disaster”—referring to the fire that broke out at the Zaporizhzhia nuclear power.

The ambassador pledged Russian President Vladimir Putin to halt any use of force that could potentially put at risk all 15 operable nuclear reactors across Ukraine.

“President Putin must stop this humanitarian catastrophe by ending this war and ceasing these unconscionable attacks against the people of Ukraine,” the ambassador said.

“Nuclear facilities cannot become part of this conflict,” she added. “Reliable electricity is vital for the nuclear facility, as are back-up diesel generators and fuel. Safe transit corridors must be maintained.”

Two members of the security staff were injured when the unidentified projectile hit after officials reported fighting between Russian and Ukrainian forces at the Zaporizhzhia plant on Friday.

Russian officials, through state-run outlet RT, alleged that Ukrainian forces early Friday attempted to provoke Russian troops by firing at them and forcing them to retaliate.

“Last night, an attempt to carry out a horrible provocation was made by Kyiv’s nationalist regime on the area surrounding the station,” Ministry of Defense spokesman Major General Igor Konashenkov announced Friday, while claiming that alleged Ukrainian saboteurs attacked Russian troops patrolling the area around the plant.

That claim was disputed by Ukraine President Volodymyr Zelensky, who alleged that it was Russian troops who were responsible for “terror of an unprecedented level” at the plant. “The Russian tanks knew that they were firing with a direct fire at the station,” Zelensky alleged.

Neither claim could be independently verified.