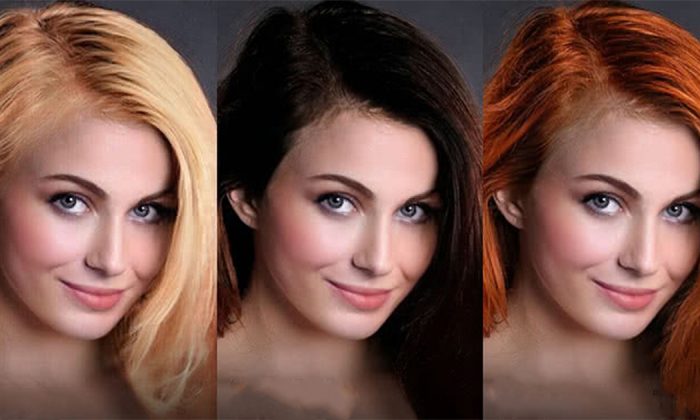 An undated demonstration of how FaceApp can be used to view different hair colors. (Courtesy of FaceApp)
US News

The Russian creators of a popular mobile face editing application addressed scrutiny over its seemingly indefinite ownership of all photos uploaded to its server, the company revealed on July 17.

Wireless Lab is trying to ease privacy concerns about its terms and conditions that state the developers based in St Petersburg provide FaceApp on the condition it has a “perpetual, irrevocable, non exclusive, royalty-free, worldwide” right to “use, reproduce, modify, adapt, publish, translate” any user content, username, and real name without paying compensation.

Security expert for vpnMentor blog, Ariel Hochstadt, also expressed concern that hackers could record the websites that FaceApp users visit and their activities without their knowledge.

“They also know who this image is, with the huge database they created of Facebook accounts and faces, and the data they have on that person is both private and accurate to the name, city and other details found on Facebook,” Hochstadt told the Daily Mail.

“With so many breaches, they can get information and hack cameras that are out there, and be able to create a database of people all over the world, with information these people didn’t imagine is collected on them.”

I did the #faceappchallenge. It didn’t turn out as I had hoped. pic.twitter.com/thJW7QpK2b

FaceApp allows users to take or upload a photo and apply different filters to see what they would look like decades from now, at a younger age, with facial hair, a different hair color, or even as a member of the opposite sex.

The app has prompted many people, including celebrities, to try the #faceappchallenge and share their results on social media. It’s been downloaded more than 100 million times on both iOS and Android operating systems, according to Forbes Magazine.

To address concerns, Wireless Lab released a statement that appears to allow people to opt out of some of its terms and conditions.

“We accept requests from users for removing all their data from our servers,” the statement said according to Medium FFWD Editor Chris Stokel-Walker on Twitter. “Our support team is currently overloaded but these requests from the FaceApp mobile app using ‘settings->support->report a bug’ with the word ‘privacy’ in the subject line, we are working on a better user interface for that.”

BREAKING: Most of your fears about Face App are bunkum. The app’s developers have released a statement answering key questions pic.twitter.com/xj9AvEwVXC

The developers of #FaceApp have released a statement that addresses the concerns that their own (!) T&Cs have caused. https://t.co/DK097t2AJz

The developers claimed the data is not stored in Russia rather on a cloud server where most of the photo processing happens.

“Even though the core research and development team is located in Russia, the user data is not transferred to Russia,” the statement said. “We only upload a photo selected by a user for editing, we never transfer any other images from the phone to the cloud.”

FaceApp isn’t taking photos of your face and sending them back to Russia for some nefarious project. At least that’s what current evidence suggests https://t.co/LbQuGE31lM pic.twitter.com/FpOIiV6Tsc

They also defended their decision to store data by explaining it is intended to speed up photo processing and avoid duplicated content.

“We want to make sure that the user does not upload the photo repeatedly for every edit operation,” the developers said. “Most images are deleted from our servers within 48 hours from that upload date.”

Wireless Lab even suggested those who are concerned about privacy can use the app without logging in from the settings screen.

“99 percent of users do not log in,” the company said. “Therefore, we do not have access to any data that could identify a person, we do not sell or share any user data with any third parties.”

Whatley complained he has been accused of racism since the media shared his remarks on Twitter.

“Between Campaign’s front cover and my FaceApp tweet appearing on Mail Online, it’s been a fairly solid day of unwanted associations with racists,” he said on Twitter. “Be kind to each other. Xx”

Between Campaign’s front cover and my FaceApp tweet appearing on Mail Online, it’s been a fairly solid day of unwanted associations with racists.

Signing off to drink wine.

Be kind to each other.