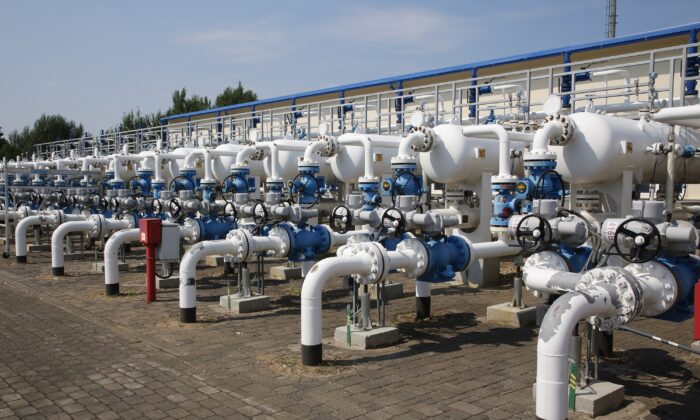 In a brief statement, gas giant Gazprom said the shipments were stopped because Latvia broke “terms for extraction of gas.” It did not elaborate.

The statement likely referred to a refusal to meet Russia’s demand for gas payments in rubles rather than other currencies. Gazprom previously suspended shipments to other European Union countries, including the Netherlands, Poland, and Bulgaria, because they would not pay in rubles.

The immediate effects of the cutoff were not clear. Latvian media reported this week that the country had resumed buying Russian gas from another supplier.

After the EU imposed sanctions against Russia over its invasion of Ukraine, Russian President Vladimir Putin said in March that “unfriendly foreign buyers” would have to transact with Gazprom in rubles instead of dollars and euros.

The Kremlin said importers had to establish an account in dollars or euros at Russia’s third-largest bank, Gazprombank, then a second account in rubles. The importer would pay the gas bill in euros or dollars and direct the bank to exchange the money for rubles.

Many countries refused to comply, saying the new payment system could put them in the position of breaking sanctions terms.