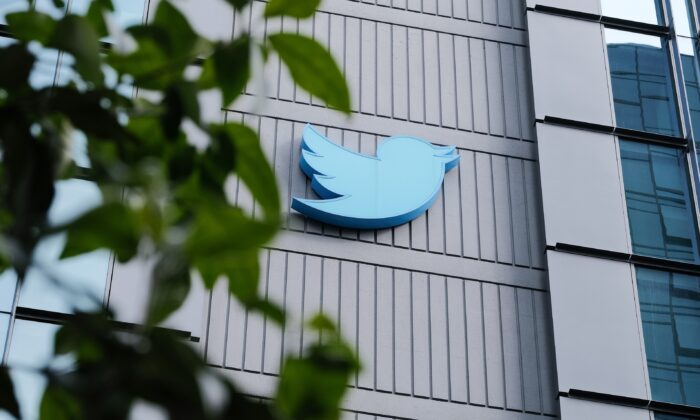 “What I said as the DNI in October 2020 was proven true,” Ratcliffe wrote on Twitter. “The IC had zero intelligence supporting a false narrative that the Biden laptop was Russian disinformation. Nobody in the IC had authority to say otherwise.”

Ratcliffe, who served as the nation’s top intelligence official and the principal intelligence adviser to President Donald Trump from 2020 to 2021, shared part of independent journalist Matt Taibbi’s post series, known as “Twitter Files.”

In the multi-post thread, Taibbi used screenshots of email exchanges between company executives to illustrate Twitter’s biased content moderation decisions, including the suppression of the New York Post’s report of the link then-presidential candidate Joe Biden allegedly had with dubious foreign business dealings based on emails retrieved from a laptop once belonged to his son, Hunter.

Twitter’s initial response to the story is to limit its reach, claiming at that time that this was based on the platform’s “Hacked Material Policy” that prohibited users from posting “content obtained through hacking.”

One of those screenshots, according to Taibbi, shows that Yoel Roth, Twitter’s moderation and safety leader until his recent resignation, had been having a “weekly sync with FBI/DHS/DNI” regarding issues with “election security” in the wake of the laptop story.

“Hacked Materials exploded. We blocked the NYP story, then we unblocked it (but said the opposite), then said we unblocked it… and now we’re in a messy situation where our policy is in shambles, comms is angry, reporters think we’re idiots, and we’re refactoring an exceedingly complex policy 18 days out from the election,” wrote one executive who is purportedly Roth.

“Weekly sync with FBI/DHS/DNI re: election security,” the message continued. “The meeting happened about 15 minutes after the aforementioned Hacked Materials implosion; the government declined to share anything useful when asked.”

Roth’s weekly meetings with law enforcement and intelligence officials may have involved separate meetings, where not all of them showed up, Taibbi reported.

“I have to miss the FBI and DHS meetings today, unfortunately,” Roth wrote to a Twitter staffer, indicating that officials of the two agencies weren’t scheduled to meet with him together at once.

None of these messages mentioned anything about Russia, although at that time many commentators, media outlets, and Democrat leaders—notably House Intelligence Committee Chairman Adam Schiff (D-Calif.), claimed that the controversy surrounding Hunter Biden’s laptop was a Russian disinformation plot.

Such assertion had prompted Ratcliffe to speak out, accusing the Democrats of trying to “politicize the intelligence.”

“The intelligence community doesn’t believe that because there is no intelligence that supports that. And we have shared no intelligence with Adam Schiff, or any member of Congress,” Ratcliffe said in an interview with Fox Business following Schiff’s comments.

“It’s funny that some of the people who complain the most about intelligence being politicized are the ones politicizing the intelligence,” he added. “Unfortunately, it is Adam Schiff who said the intelligence community believes the Hunter Biden laptop and emails on it are part of a Russian disinformation campaign.”