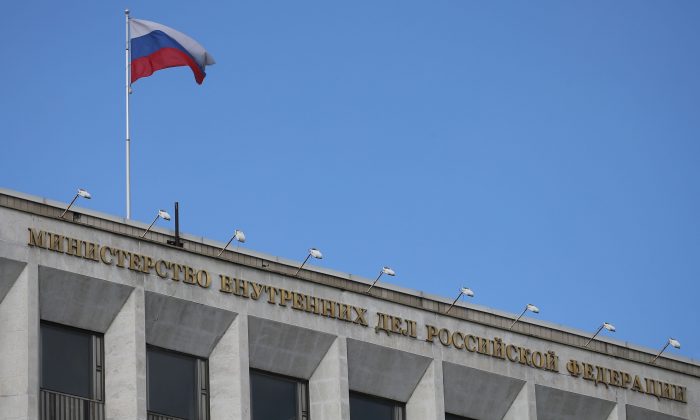 A Russian national flag flutters in the wind on top of the Russian Interior Ministry building on May 13, 2017 in Moscow. (STR/AFP/Getty Images)
International

A Russian envoy was reportedly found dead in his swimming pool on Wednesday, Aug. 23.

The Russian ambassador to Sudan, Mirgayas Shirinsky, 62, is now the fourth Russian envoy to die while overseas in the last eight months.

The circumstances surrounding Shirinsky’s death are still unclear. Sudan’s foreign ministry issued a statement saying that Shirinsky died at his residence, without providing cause of death or further details, reported the New York Times. And Russia’s Ministry of Foreign Affairs tweeted simply that he’d died.

According to AFP, police spokesman Omar al-Mokhtar told them that Shirinsky was found dead in a swimming pool at his Khartoum residence. The official also said there seemed to be no indication that “foul play” was involved.

Russian state news agency Russia Today, reported that the press secretary for their mission in Sudan, Sergey Konyashin, said the diplomat appeared to have symptoms consistent with a serious heart attack.

Shirinsky’s death comes just six months after Russia’s ambassador to the U.N., Vitaly Churkin, died after suffering from an alleged “cardiac condition” at the Russian Embassy in New York.

Former Russian ambassador to India Alexander Kadakin, died back in January this year after a short period of illness. The country’s ambassador to Turkey, Andrei Karlov, was shot to death while giving a speech at an art gallery in Ankara. The assassin was a former Turkish police officer who shouted “Allahu Akbar!” and “Don’t forget Aleppo!”

Axios media reported earlier this year that at the time six Russian envoys died in just three months, and all but one of them died on foreign soil. The report titled  “Russian Diplomats Keep Dying Unexpectedly” claimed that there was some links between the death reports, between shooting deaths and brief illnesses.

Shirnskiy was fluent in Arabic and English, and had served as a diplomat since 1977, according to his biography on the Sudan mission’s website. He previously had postings in Yemen, Saudi Arabia, and Rwanda.