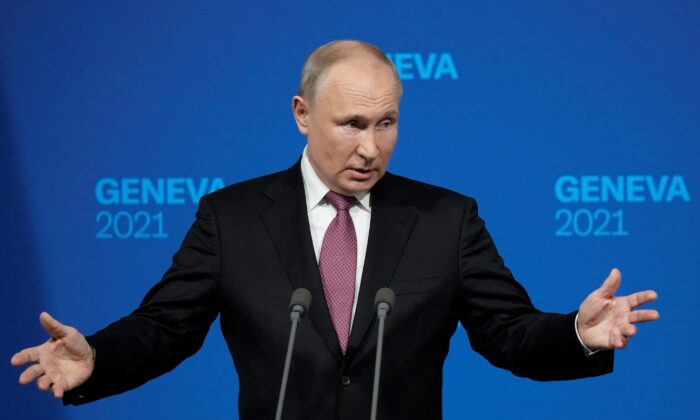 Russian leader Vladimir Putin said on Wednesday that the country’s “Tsirkon” (Zircon) hypersonic cruise missile tests are nearing completion and the weapon will officially start to be used by the Russian Navy in 2022.

“The trials of the Tsirkon seaborne hypersonic cruise missile are coming to a close. In the course of the trials, it struck both ground and sea targets from the submerged position and from surface ships accurately and in full compliance with the assigned task,” Putin said during a defense industry meeting, Russian news agency TASS reported.

“Already from next year, these missiles will start arriving for service in the Russian Navy,” he added.

Last month, low-quality video footage made public by the Russian Defense Ministry showed a missile being launched upward from a nuclear-powered submarine at night.

The Russian military later confirmed that it has successfully test-fired multiple Tsirkon hypersonic cruise missiles from the submarine for the first time. The tests involved two missiles and took place in the Barents Sea in the Arctic in early October.

Putin previously said Tsirkon is capable of flying at more than five times the speed of sound and the missile has a range of 620 miles (1,000 kilometers). This is slower than an intercontinental ballistic missile, but the shape of a hypersonic glide vehicle (HGV) allows it to maneuver toward a target or away from defenses.

The Russian leader has emphasized that the weapons deployment will significantly boost Russian military capabilities.

“Now it is especially important to develop and implement the technologies necessary to create new hypersonic weapons systems, high-powered lasers and robotic systems that will be able to effectively counter potential military threats, which means they will further strengthen the security of our country,” Putin said during Wednesday’s meeting.

China has been working on an HGV designated DF-17, and it has been test-launched several times, boosted by a conventional missile. The DF-17 is reportedly capable of flying up to Mach 10 (7,400 mph), possibly nuclear-armed, and could be launched from an ICBM, giving it global coverage.

Tsirkon is intended for use on Russian cruisers, frigates, and submarines. It is one of several hypersonic missiles under development in Russia. The move is part of a bid by Moscow to forge ahead in a race with the United States and other nations to deploy the next generation of long-range weapons that are harder to detect and intercept.

The Pentagon in October said it wanted defense contractors to cut the ultimate cost of hypersonic weapons, as the super-fast missiles being developed currently cost tens of millions per unit.

Epoch Times reporter Richard A. Bitzinger and Reuters contributed to this report.