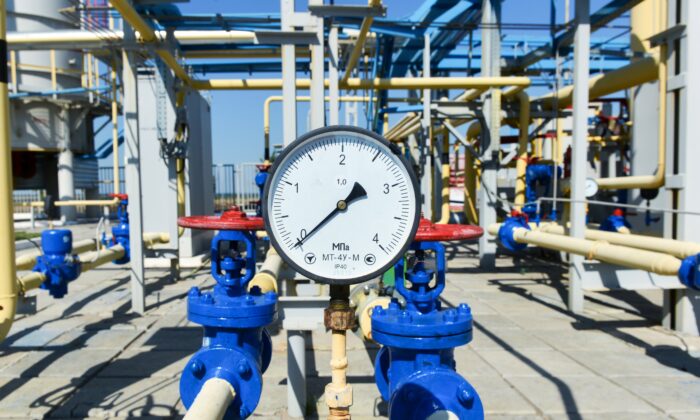 Russia-Ukraine Crisis Could Cause Inflation to Surpass 10 Percent

Inflation of the U.S. dollar could surpass 10 percent in the event of a Russian invasion of Ukraine, according to a new report.

The analysis, carried out by the consulting firm RSM and first reported by CNN, predicted that inflation could rise to its highest level in forty years if Russia-Ukraine tensions escalate into a full-blown war.

The major catalyst for such a rise in inflation would be oil prices, which could reach well over $100 per barrel in the event of a protracted Russo-Ukrainian conflict. Already, oil prices have surpassed $90 per barrel in the immediate aftermath of the recent Russian mobilization along the Ukrainian border. If oil rises to $110 per barrel or higher, it would likely be sufficient to push the year-to-year inflation.

Russia is the world’s second-largest oil producer, with the country reportedly having produced 524 million metric tonnes in 2021. If NATO retaliates against Russian military actions in Ukraine by imposing trade sanctions against Russia, or if supply chains were disrupted as a result of an Eastern European war, it would likely send shockwaves throughout the global oil supply, causing prices to rise throughout the Western world.

Already, the price of oil has skyrocketed in the United States, with recent data from the U.S. Bureau of Labor Statistics revealing that gas prices had risen by 40 percent in the period from January 2021 to January 2022, with overall inflation reaching 7.5 percent during the same period.

These rising oil prices are at least partially attributable to a pendulum shift in the oil industry, which results in periodic transitions between periods of oil abundance and oil scarcity. When oil is abundant, companies will deemphasize oil production, preferring to collect profits for investors on the basis of previously built infrastructure.

Since 2014, the oil industry has generally rested on the infrastructure built during the oil crunch of aughts. This business decision seems to be bearing its rotten fruit at a most inconvenient time, as the country grapples with its highest rate of general inflation in decades.

Additionally, the labor shortage in the domestic economy has hit the oil industry especially hard, resulting in an inadequate number of technically qualified workers at oil rigs. This is in large part due to an emphasis on renewable energy, which leads many prospective oil workers to conclude that careers in this field are not promising long-term prospects.

If oil prices spiked rapidly as a result of the Russo-Ukrainian situation, it would have the potential to send shockwaves through the economy during a fragile period of recovery from the initial wave of the CCP (Chinese Communist Party) virus pandemic and subsequent lockdowns. The Federal Reserve has already signalled its intention to pursue a regimen of rate hikes in 2022 in order to curb inflation, though the immediate consequence will likely be a stymying of job recovery and GDP growth.

However, the immediate impact would be a burden for consumers already bearing the brunt of higher oil prices in a year of stark and punishing inflation. This would especially impact Americans living in rural and suburban areas, for whom gas expenses constitute a higher percentage of overall cost of living. But no one is spared in the overall devastation of oil price inflation: even those who do not drive will see fuel costs reflected in the price of goods shipped across medium and long distances.

If the situation in Russia and Ukraine continues to escalate, these problems are likely to get significantly worse.