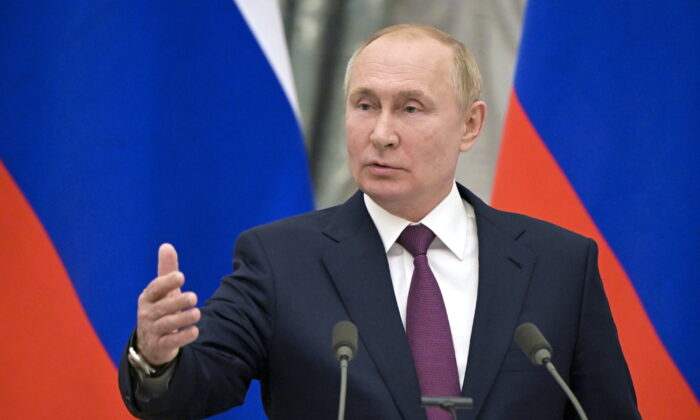 Russia will carry out large drills over the coming weekend to test the country’s nuclear capabilities, which President Vladimir Putin will oversee, the Kremlin confirmed on Friday.

In a statement released to state-run media, the Kremlin said that on Feb. 19, “under the supervision of the supreme commander-in-chief of the Russian Armed Forces Vladimir Vladimirovich Putin, a planned exercise of the forces of strategic deterrence will take place, during which ballistic and cruise missiles will be launched.”

The nuclear drills are slated to “check the preparedness of the military organs, launch crews, and the crews of warships and missile carriers to carry out their tasks and to test the reliability of strategic nuclear and non-nuclear weaponry,” according to Moscow.

Kremlin spokesman Dmitry Peskov told Reuters that the exercises are routine and denied they signaled an escalation in the standoff near the Ukrainian border. Speaking also to The Associated Press, Peskov said that Western officials had been notified of the nuclear drills in advance.

“Practice launches of ballistic missiles are part of regular training,” he said. “They are preceded by a series of notices to other nations via different channels.”

Russia’s strategic rocket forces number 50,000 personnel out of its overall active military forces of 900,000, the International Institute for Strategic Studies said this week in its annual Military Balance report. It said their technology had been significantly upgraded over the past six years.

This week, President Joe Biden and other administration officials again warned that Russia would invade ukraine in the near future, pointing to reports of a significant troop buildup along its borders.

Earlier this week, Russia and Belarus said that military exercises were carried out in Belarus before claiming that Russian troops were pulled back to their bases. However, their claims were described as disinformation by top White House officials, including Secretary of State Antony Blinken, who said that Moscow is instead massing more troops near Ukraine.

U.S. officials estimated on Friday that upwards of 190,000 Russian troops are now positioned along the border, although Russian officials again on Friday said there are no plans to invade.

U.S. Ambassador to the Organization for Security and Co-operation in Europe (OSCE) Michael Carpenter said his office found evidence that between 169,000 and 190,000 Russian troops are now stationed along the border.

“We are aware that Russia is intent on creating a pretext to justify an invasion into Ukraine,” Carpenter said at a meeting on Friday, according to news reports. “Therefore, we must resolutely rebut the false narrative about a Ukrainian ‘escalation,’ which finds no evidence whatsoever in the reports of the OSCE’s Special Monitoring Mission.”