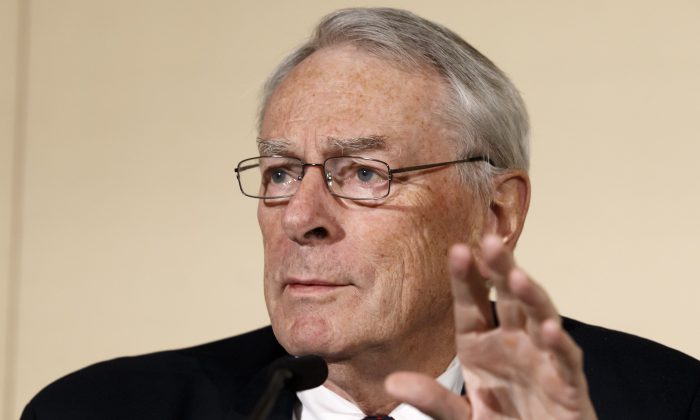 GENEVA—Russia’s status as a sports superpower and its participation in track and field events at next year’s Olympics came under threat Monday after a report accused the Russians of widespread, state-supported doping reminiscent of the darkest days of cheating by the former East Germany.

The findings by a commission set up by the World Anti-Doping Agency were far more damaging than expected. It means that two of the world’s most popular sports—soccer and track and field—are now mired in scandals that could destroy their reputations.

The WADA investigation’s findings that Russian government officials must have known about doping and cover-ups, with even its intelligence service, the FSB, allegedly involved, threatened to severely tarnish President Vladimir Putin’s use of sports to improve his country’s global standing. Russia hosted the last Winter Olympics in Sochi in 2014 and will hold the next World Cup in 2018.

“It’s worse than we thought,” said Dick Pound, an International Olympic Committee veteran who chaired the WADA probe. “It may be a residue of the old Soviet Union system.”

The 323-page report said that in Russia, “acceptance of cheating at all levels is widespread.” Among its findings:

The WADA commission, set up after a German TV documentary last year alleged widespread Russian doping and cover-ups, recommended that WADA declare the Russian athletics federation “noncompliant” with the global anti-doping code, and that the IAAF suspend the federation from competition.

The IAAF responded by saying it will consider sanctions against Russia, including a possible suspension that would ban Russian track and field athletes from international competition, including the Summer Olympics in Rio de Janeiro. IAAF President Sebastian Coe gave the Russian federation until the end of the week to respond.

“If they are suspended—and it sounds like the IAAF is moving in that direction already—and they are still suspended, at the time of Rio, there will be no Russian track and field athletes there,” Pound said in an interview with The Associated Press after the release of the findings.

He said Russia’s doping could be called state-sponsored. The commission said its months-long probe found no written evidence of government involvement, but it added: “It would be naive in the extreme to conclude that activities on the scale discovered could have occurred without the explicit or tacit approval of Russian governmental authorities.”

“They would certainly have known,” Pound said.

To the AP, he added: “We have finally identified one of the major powers as being involved in this. It’s not just small countries or little pockets. This is a major sporting country. It’s got to be a huge embarrassment.”

Vladimir Uiba, head of the Federal Medical-Biological Agency that provides medical services to Russian national team competitors, said the report is part of a “politically motivated” campaign linked to the crisis in Ukraine.

Russian athletes suspected of doping are also likely to keep their medals because canceling any results would require “a huge number of legal proceedings,” Uiba told the Interfax news agency.

Russian Sports Minister Vitaly Mutko, whose ministry was accused by the WADA probe of giving orders to tamper with anti-doping tests, insisted Russia’s problems are no worse than in other countries. Russia is being persecuted, he said, telling Interfax: “Whatever we do, everything is bad.”

He threatened to cut all government funding for anti-doping work, saying “if we have to close this whole system, we would be happy to” because “we will only save money.”

Mutko, who is also a FIFA executive committee member and heads the committee organizing soccer’s 2018 World Cup in Russia, denied any wrongdoing to the WADA panel, including knowledge of athletes being blackmailed and FSB interference.

Pound said Mutko must have known.

“It was not possible for him to be unaware of it,” Pound said. “And if he was aware of it, he was complicit in it.”

Pound said there may still be time for Russia to avoid the “nuclear weapon” of a ban from the Olympics if it starts reforming immediately. That work will take at least “several months,” and “there are a lot of people who are going to have to walk the plank before this happens,” he said.

More potentially damaging revelations are to come, and the crisis in athletics might ultimately trump even the criminal investigations into alleged corruption at FIFA.

The WADA commission is also looking at the role senior officials at the IAAF allegedly played in bribery and extortion involving Russian athletes. French authorities last week detained and later charged former IAAF President Lamine Diack with corruption and money laundering. The WADA panel’s findings on that angle could come before the end of the year. For the moment, the commission said evidence of “corruption and bribery practices at the highest levels of international athletics” has been shared with Interpol.

The U.S. Anti-Doping Agency, which brought down Lance Armstrong in another case that shattered public faith in sports, was damning in its response to the findings.

“If Russia has created an organized scheme of state-supported doping, then they have no business being allowed to compete on the world stage,” USADA CEO Travis Tygart said.

Other countries and sports could also fall under the WADA spotlight for abetting doping. Pound singled out Kenya, saying it seems that the East African powerhouse of long-distance running “has a real problem.”

“In its considered view,” the WADA panel said, “Russia is not the only country, nor athletics the only sport, facing the problem of orchestrated doping.”