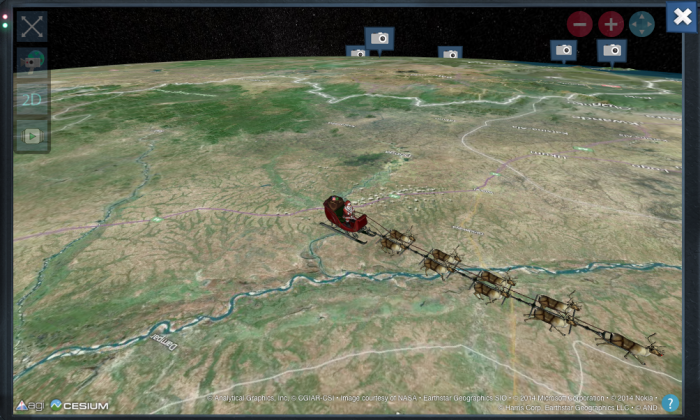 The article was posted on the Daily Currant, which only posts fake news and satire articles–similar to The Onion.

Apparently, some people believed the article or were confused by it.

The article, in part, reads:

According to local reports, the sleigh was beginning its annual Christmas Eve journey around the world when it was struck by a surface-to-air missile fired from the Russian island of Novaya Zemlya – just a few hundred miles from the North Pole. Santa and nearly all of his reindeer were killed instantly.

Norwegian fisherman soon located the debris field in the frigid waters of the Arctic Ocean. Images of the debris aired on CNN and other international news networks show broken limbs, teddy bears, and gift wrapping strewn throughout the sea.

And here’s what the disclaimer for the Daily Currant says:

The Daily Currant is an English language online satirical newspaper that covers global politics, business, technology, entertainment, science, health and media. It is accessible from over 190 countries worldwide – now including South Sudan.

Our mission is to ridicule the timid ignorance which obstructs our progress, and promote intelligence – which presses forward.

… Our stories are purely fictional. However they are meant to address real-world issues through satire and often refer and link to real events happening in the world