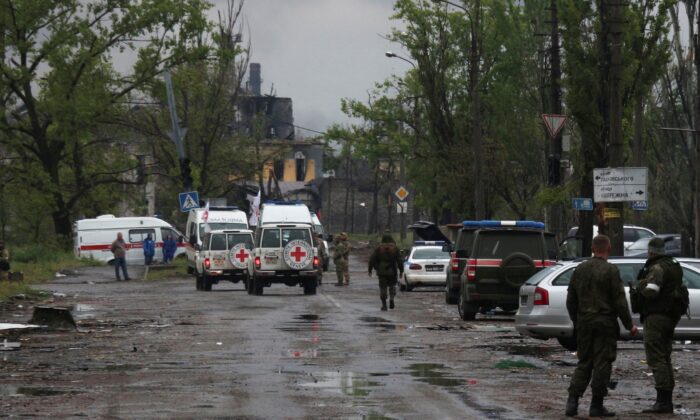 KYIV, Ukraine—Russia and Ukraine accused each other Friday of shelling a prison in a separatist region of eastern Ukraine, an attack that reportedly killed dozens of Ukrainian prisoners of war who were captured after the fall of a southern port city in May.

The Ukrainian military denied making any rocket or artillery strikes in Olenivka, and said it only aims for Russian military targets. It accused the Russians of shelling the prison to cover up the alleged torture and execution of Ukrainians there.

Neither claim could be independently verified.

Denis Pushilin, the leader of the Moscow-backed Donetsk People’s Republic, said the prison held 193 inmates. He didn’t specify how many of them were Ukrainian POWs.

Ukrainian forces are fighting to hold on to the remaining territory under their control in Donetsk, which together with neighboring Luhansk Province makes up Ukraine’s mostly Russian-speaking Donbass region.

For several months of the war in Ukraine, Moscow has focused on trying to seize parts of the Donbass not already held by the separatists.

Donetsk Gov. Pavlo Kyrylenko said one person was killed and five injured in Russian rocket strike on the city of Kramatorsk on Friday.

The POWS at the Donetsk prison included members from the Azov Regiment captured during the fall of Mariupol.

More than 2,400 members from the Azov Regiment of the Ukrainian national guard and other military units gave up their fight and surrendered in May.

Scores of Ukrainian soldiers have been taken to prisons in Russian-controlled areas such as the Donetsk region, a breakaway area in eastern Ukraine which is run by Russian-backed separatist authorities. Some have returned to Ukraine as part of prisoner exchanges with Russia.