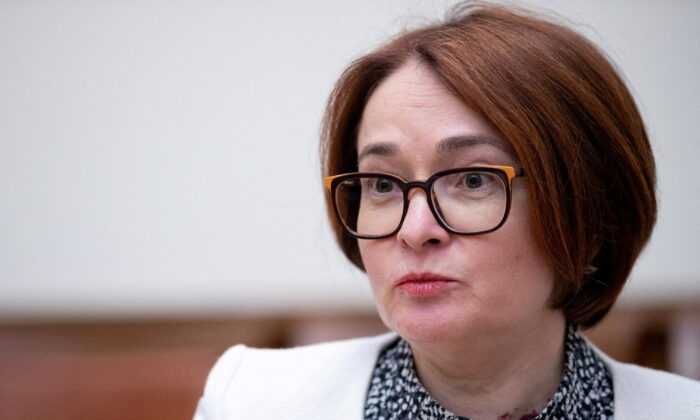 Russia Says It Will Not Disclose Banks Linked to SWIFT Alternative: Report

Russia’s central bank announced Tuesday that it would no longer disclose the names of banks that use its alternative to the SWIFT payment system.

The move comes after several Russian banks were banned from SWIFT—the cross-border payment system operator—as part of measures that came in response to President Vladimir Putin’s invasion of neighboring Ukraine, which began on Feb. 24. The penalty was designed to isolate Russia from global markets following the invasion.

Russia’s central bank developed a messaging system, the System for Transfer of Financial Messages (SPFS) in 2014. Russian banks affected by the ban could move to Moscow’s alternative to the SWIFT payments network.

Last year, the central bank was reported as saying domestic interbank traffic could easily be transferred to this platform.

“Under the current conditions we have made the decision not to reveal the list of organisations connected to SPFS. Still, this list is available for users of the system,” Russia’s central bank told Reuters in an emailed comment.

The central bank previously published a list of those who use SPFS on its website, but this practice was recently stopped, according to Bloomberg.

Bank of Russia Governor Elvira Nabiullina told parliament on Monday that 52 institutions from 12 countries are using the country’s alternative to the SWIFT financial messaging service. She said Russia’s central bank would push to add new members to the system.

“Until there was such a threat of being cut off from SWIFT, foreign partners weren’t in much of a rush to join, but now we expect their readiness to be greater,” Nabiullina said, according to Russia’s state-run news agency TASS.

The central bank said in March that around 400 users were connected to the system, which was set up by Russia after the annexation of Crimea from Ukraine in 2014, amid concerns that the country could lose access to SWIFT.

Russia called earlier this month on the other BRIC (Brazil, Russia, India, and China) emerging economies to extend the use of national currencies and integrate payment systems.

Bloomberg reported late March, citing people familiar with the matter, that India was weighing a proposal from Moscow to use the system, and that the plan involves rupee-ruble-denominated payments.

The central bank has scaled down its public activity, including suspending publication of external debt data and a breakdown of gold and foreign exchange reserves.

Earlier this month, the central bank also announced that it will temporarily stop publishing data on foreign trade on a monthly basis in the first such suspension since 1997.