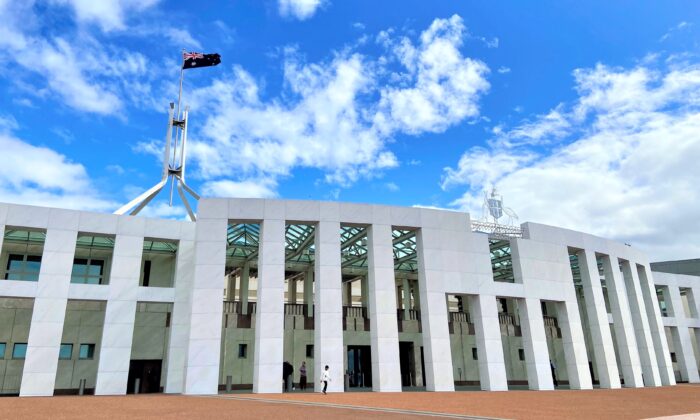 Russia’s Ministry of Foreign Affairs is imposing sanctions on all federal Australian members of Parliament in response to the supposedly “unfriendly actions” of the government, which has worked in lockstep with democratic allies to penalise Russian officials over the invasion of Ukraine.

On April 7, the Russian ministry criticised Australian authorities for following the “collective West” in engaging in “Russophobic” actions and imposing sanctions on top leaders of the Russian Federation.

The Russian ministry is promising to add more people to the “blacklist” including those from the Australian military, businesses, experts, and media personalities who have “incited negative attitudes” towards Russia.

The announcement comes after Australia announced further sanctions on 67 individuals for their role in the “unprovoked, unjust, and illegal invasion of Ukraine.”

Meanwhile, on April 7 Payne announced Australia would slap further sanctions on the so-called “mayor” of Melitopol, Ukrainian Galina Danilchenko, and Oleg Voloshyn, a member of the Ukrainian Parliament who has worked to undermine the Ukrainian government.

“This latest round of sanctions follows the emergence of evidence of war crimes committed by Russia in Bucha and other towns around Kyiv. Australia condemns these atrocities in the strongest possible terms,” Payne said in a statement.

“With these latest listings, the Australian government has now sanctioned close to 600 individuals and entities in relation to Russia’s illegal war.”

She said Australia was committed to “imposing the highest costs” on those responsible for Russia’s invasion of Ukraine.

The new sanctions come as the federal government announced it would be dispatching 20 Australian-made Bushmaster military vehicles to Ukraine to aid in the war effort.

“We are responding to President Zelensky’s request for additional support. On top of military assistance and humanitarian aid Australia is already providing, we will be sending Bushmasters to help Ukrainians defend their nation. The first three are leaving today,” Defence Minister Peter Dutton said on Twitter on April 8.

The 20 vehicles will be fitted with radio, GPS, and extra bolt-on armour for added protection.

They have been painted olive green to suit the local environment in Ukraine and feature the country’s flag painted on either side.