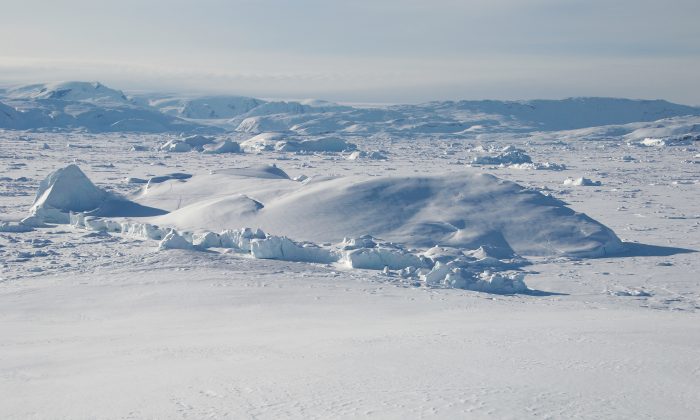 Russia has submitted a petition to the United Nations for exclusive economic control of hundreds of thousands of miles of the Arctic, including the North Pole.

The approximately 463,000 square miles is ripe for oil drilling, as much of it has become more accessible due to the increased melting of Arctic ice.

Vladimir Putin even authorized a submarine an an explorer to survey the area and plant a Russian flag under the sea at the North Pole.

The exploration mission is key to the issue because the United Nations Convention on the Law of the Sea says that countries can only have exclusive economic zones for 200 miles from its recognized borders.

The only exception is when a country can show that the continental shelf on which it sits actually extends farther than 200 miles–in such cases, the law recognizes a 350-mile limit, reported The Fiscal Times.

Russia tried in 2002 to petition for lots of land in the Arctic, but was rebuffed by the U.N. because the organization said Russia failed to provide sufficient evidence for the exception.

Now Putin is trying again after the sub exploration mission.

Russia has been drilling in the Kara Sea, a part of the ocean already under its zone, and Royal Dutch Shell plans to drill north of Alaska in the Chukchi Sea this summer, reported the New York Times. Multiple countries are eyeing areas even farther north, and Denmark is among the ones that have submitted claims like the one Russia has just submitted.

A decision is expected sometime next year.

Greenpeace has criticized the submitted petition, though, saying in a statement that “the melting of the Arctic ice is uncovering a new and vulnerable sea, but countries like Russia and Norway want to turn it into the next Saudi Arabia.”