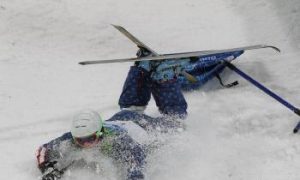 [xtypo_dropcap]T[/xtypo_dropcap]he Middle East arms race accelerated over the weekend, when Russia announced a missile deal with Syria. This coincided with Israel's announcement to purchase new planes from the United States.

Russian minister of defense, Anatoly Serdyukov, confirmed with Russian reporters on Friday that Russia will sell P-800 Yakhont cruise missiles to Syria. These remarks came during Serdyukov's visit to the United States this past weekend.

According to the Institute of National Security Studies (INSS) at Tel Aviv University in Israel, the Takhont Missile is a super-sonic, anti-ship cruise missile that can travel 120 to 300 kilometers (74.6-186 miles). It can be launched from ships, submarines, ground launchers, and planes.

According to INSS researchers, Russia deals in arms as a means to gain international influence.

During the weekly Cabinet meeting on Sunday, the Israeli prime minister said that the purchase of the planes “are a significant step in strengthening the state of Israel's military capabilities.”

The prime minister said, “This is one of our answers to the changing threats around us, to maintain our offensive capabilities, along with other actions to improve both our defensive and offensive abilities in the decades to come.” He added, “We will hold separate discussions, but I think that this step, acquiring the most advanced aircraft in the world, more advanced than any plane in the area, is an important and significant step for the security of Israel.”

According to Lockheed Martin, which manufactures the aircraft, the company has been on a “10-year System Development and Demonstration (SDD) phase” since 2001. This phase involves the development and testing of the entire aircraft system, including its construction.

Nine nations are partnering in the F-35’s SDD phase: The United States, the United Kingdom, Italy, the Netherlands, Turkey, Canada, Denmark, Norway, and Australia. Partnership in SDD entitles those countries to bid for work on a best value basis, and participate in the aircraft’s development. Additionally, Israel and Singapore have agreed to join the program as security cooperation participants.