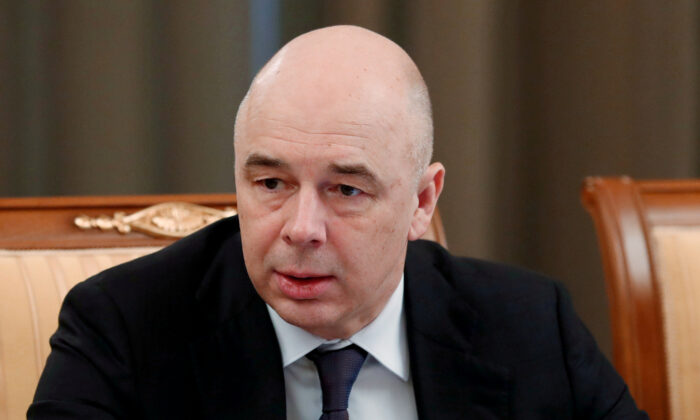 Siluanov told the Izvestia news outlet in an interview on Monday that Russia will halt all government bond auctions for the rest of 2022.

“We do not plan to go to the local market or foreign markets this year,” Siluanov told Izvestia. “It makes no sense because the borrowing cost would be cosmic.”

In a wide-ranging interview, Siluanov said that recent changes to Russia’s budget policy mean that all revenue streams, including from sales of oil and gas, can be used to pay down its domestic and foreign debt and so the country doesn’t need to borrow at this time.

Siluanov added that, when Russia does return to issuing bonds, it will seek to reduce its reliance on foreign lenders.

“If we talk about entering foreign markets in the future, let’s see how the situation will develop,” he told Izvestia.

“I think that in the near future it is hardly possible. If we do borrow, it will be primarily from domestic investors,” he continued, adding that he expects the share of external debt to decrease.

External liabilities currently account for around 20 percent of Russia’s total public debt, which stands at around 21 trillion rubles, he said.

Siluanov also accused the West of trying to force Russia to default on its debt, while threatening to take legal action over the matter.

“Of course we will sue, because we have taken all the necessary steps to ensure that investors receive their payments,” the finance minister said, though he acknowledged that it would “not be an easy process.”

Russia faces the prospect of its first sovereign external default in more than a century after it recently made arrangements to make an international bond repayment in rubles rather than contractually-stipulated U.S. dollars. By carrying out the transaction in rubles rather than dollars, Moscow has entered a 30-day grace period from the payment date, which was April 4.

The agency added that it believes that sanctions against Russia over its invasion of Ukraine will be tightened again shortly, with further ratcheting up of sanctions likely to impede Moscow’s willingness or “technical abilities” to meet the terms and conditions of its commitments to foreign holders of its sovereign debt.

Siluanov commented on the development in his interview with Izvestia, saying that “Russia tried in good faith to pay off external creditors” with the ruble payment while accusing the West of trying to force Russia in a default.

“The deliberate policy of Western countries is to artificially create a man-made default by all means,” he said.

Siluanov told state news service Tass on April 8 that the rubles transferred in lieu of the dollars can be converted for creditors as soon as the West’s freeze on Russia’s foreign reserves is lifted.

Elina Ribakova, deputy chief economist at the Institute of International Finance, told Reuters the situation appears to be a “willingness-to-pay” scenario, with Russia trying to pay in frozen funds and, failing that, in rubles, rather than from fresh dollar or euro revenue streams or other holdings it has access to.