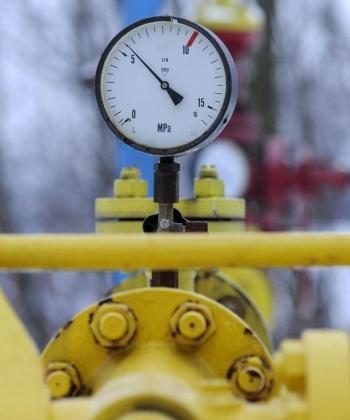 By Ilya Rzhevskiy
biggersmaller
Print
Europe is starting to feel the consequences of the gas conflict between Russia and Ukraine.

This week, all gas supplies from Russia to Ukraine were halted. Countries such as Bulgaria, Hungary, Austria, Germany, Poland, Romania, Czech Republic and Turkey are seeing shortages in their gas pipeline, as their supplies are mostly filled by Russia’s Gazprom.

Russia delivers about one-fourth of Europe’s gas supply. About 80 percent of Russian gas pipelines run through Ukraine, with the remaining 20 percent running through Belarus and Turkey.

Gazprom is trying to compensate for the gas shortages by overfilling the 20 percent of non-Ukrainian pipelines. This is, however, physically challenging due to capacity restraints in those remaining pipelines for transporting large amounts of gas.

Countries like Bulgaria could be affected most severely because it is almost completely reliant on Moscow’s gas supplies. Bulgarian pipeline operator Dimitar Godov said that its gas supplies were enough only for a “few days.” It poses a very risky situation for Bulgarians who rely on gas to heat their homes this winter. Meanwhile, temperatures dropped to -15 degrees Celsius (5 degrees Fahrenheit) on Tuesday night in Bulgaria.

Ukranian Naftogaz spokesman Valentyn Zemlyansky said that shipments to European countries had dropped from 300 million to 81 million cubic meters of gas in the past few days.

“That is all they are sending, in several hours Europe will feel it.” Zemlyansky told the Associated Press.

The gas conflict leaves Russia’s gas customers vulnerable. As an alternative to Ukraine, Gazprom is building gas pipelines in the Baltic and Black seas. The projects are still underway, but are encountering difficulties and resistance from many environmental organizations worldwide. Should these pipelines already be finished, the gas conflict with Ukraine would be a minor threat to continental Europe.

The Czech Republic, which holds the EU’s rotating presidency, has dispatched a delegation to Kiev to meet with Ukrainian officials in an effort to help resolve the crisis.

“The situation (with gas supplies via Ukraine to central Europe) … is getting worse by the minute and we would like to talk about this new situation," Czech Industry Minister Martin Riman told reporters in Kiev. [caption id=”attachment_79053″ align=”alignleft” width=”320″ caption=”Rissia