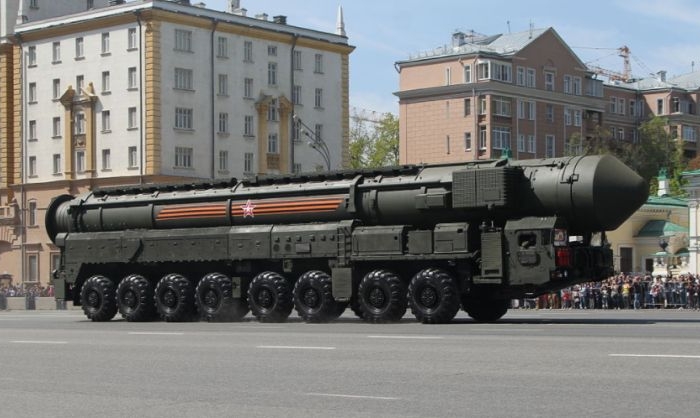 Russia says it completed a successful test-launch of a new RS-24 Yars intercontinental ballistic missile, or ICBM, from a silo, hitting a target 3,700 miles away.

“The main purpose of the launch is to confirm the reliability of rockets of the same class. The warheads successfully reached their target – the Kura testing range in Kamchatka. All aims of the test were achieved,” said a statement from Russia’s Defense Ministry, according to Russia-backed RT.com.

The RS-24 Yars can be equipped with three to six warheads, and it’s capable of hitting targets up to 7,500 miles away.

Russia first tested the ICBM in May 2007, designed to replace older models like the R-36 and the UR-100N that have been used for decades.

Russian media reported that the latest ICBM test missile flew from the Plesetsk cosmodrome in Arkhangelsk to a military range in Kura, located on the Kamchatka peninsula.

It was not armed with a warhead.

According to the ITAR-TASS news agency, three missile regiments of the Russian Strategic Missile Forces were replaced with Yars systems in 2014.

In June, Russia tested its Bulava ICBM, launching it from a submarine—hitting the same target as the latest test.

A test of Russia’s new rocket, the RS-28 Sarmat, or “SATAN 2,”might be held in October, RT reported.