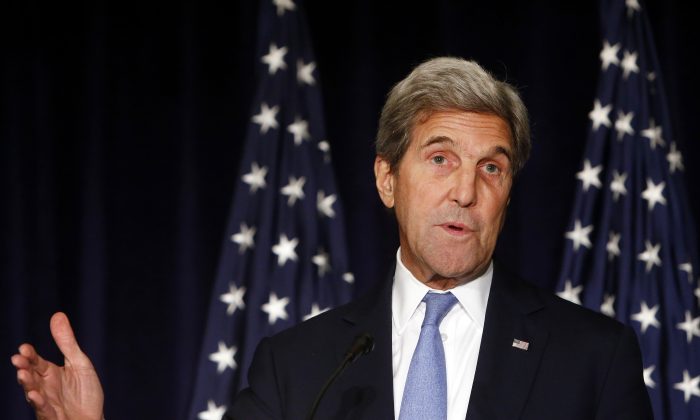 Russia Fighting in Syria for a Year, Still at Odds With US

WASHINGTON—A year after Russia waded into the war in Syria, aiming to flex its national security muscles and prop up beleaguered Syrian President Bashar Assad, Moscow appears no closer to one of its military goals: getting the U.S. to coordinate combat operations in the civil war. And prospects of a diplomatic resolution seem dim.

The yearlong offensive of airstrikes and ground combat in Syria, however, has showcased some of Moscow’s newer military capabilities and underscored President Vladimir Putin’s willingness to go to war to protect an ally — particularly one that hosts a critical Russian base on the Mediterranean Sea. More broadly, it put Russia at the center of the conflict, providing an opening for diplomatic cooperation between the U.S. and Russia to end the civil war. But it also further complicated the U.S.-led campaign to wipe out Islamic State militants who found a haven amid the chaos.

The diplomacy was collapsing this week with the U.S. threatening to end all Syria-related cooperation unless the bombardment of Aleppo stopped. Russia responded that the U.S. was encouraging extremist attacks on Russian assets.

Russia Accuses US of Siding With ‘Terrorists’ in Syria

Russia has demanded that the U.S separate the anti-Assad rebels it has supported from al-Qaida-linked militant groups, who often intermingle. But the U.S. has been unable to do so, and instead has said it remains focused on defeating the Islamic State group.

The bickering and diplomatic stalemates have threatened to compound other U.S.-Russian issues, such as economic sanctions or the annexation of Crimea.

As members of the Senate Foreign Relations Committee on Thursday demanded to know the Obama administration’s “Plan B” for Syria, Deputy Secretary of State Antony Blinken laid out the administration’s view.

“The leverage (the U.S. has) is the consequences for Russia of being stuck in a quagmire that is going to have a number of profoundly negative effects,” Blinken said, adding that Russia will be seen throughout the world as complicit with Assad as well as with Hezbollah and Iran “in the slaughter of Sunni Muslims,” Syria’s largest religious group.

Under blistering criticism from senators, Blinken said the administration was “actively considering other options” for how to end the bloodshed. Syria’s civil war has cost 500,000 lives and created the worst refugee crisis since World War II.

A year ago, worried about its naval base on Syria’s coast and determined to shore up Assad, Moscow began to build up its military in Syria, sending in aircraft, fighter jets and troops.

Against the backdrop of an early failed U.S. program to train moderate Syrian forces, Putin began launching airstrikes in Syria on Sept. 30, 2015. Moscow insisted it was targeting Islamic State extremists. But in the ensuing months, Russian airstrikes pounded rebel strongholds and civilians, largely in areas where there is no Islamic State presence. According to military officials and humanitarian groups on the ground, the Russians have bombed hospitals, schools and, recently, a U.S. aid convoy, killing throngs of innocent civilians either deliberately or inadvertently, because of their use of powerful but imprecise “dumb” bombs.

Concerned about safety in the increasingly crowded skies over Syria, the U.S. set up a communications link with Russia to de-conflict the airspace and reduce the risk of collisions. That minor cooperation will continue even as other cooperation is ruled out.

According to U.S. officials familiar with the discussions, the Russians made it clear to the Pentagon from the start that a key long-term goal was joint military coordination with the U.S. — a move military officials and others stridently opposed.

Russian leaders, said one senior U.S. official, had a singular focus during the talks with defense officials and that was to be able to project themselves as military allies with the United States. The official was not authorized to discuss the issue publicly so spoke on condition of anonymity.

“Putin had several objectives entering into Syria. One was to demonstrate Russia is a global power,” said Evelyn Farkas, former U.S. deputy assistant defense secretary and now a senior fellow at the Atlantic Council in Washington.

But last week the negotiations to set up a joint military implementation center collapsed, and it became clear that Russia was not going to make good on its publicly stated effort to control Assad or force the government to abide by the cease-fire.

“I think this has proven to be tougher than the Russians expected,” said Derek Chollet, a former assistant defense secretary for international affairs and now a senior adviser at the German Marshall Fund. “I see no evidence that Russia’s intervention in Syria is increasing its diplomatic or political influence” around the world.

“In fact, if anything, what I’ve heard from Europeans is that the intervention in Syria last year was so shocking in its brutality that it quashed any sort of momentum there was to lift sanction against Russia in Ukraine,” he said.

Meanwhile, the fighting, according to experts, has revealed an array of technological and strategic weaknesses within Russia’s military and its command structure, including its lack of precision targeting, a cumbersome decision-making process and, at times, limited real-time awareness about what is going on at the battlefield.

The U.S.-led coaltion has also had its share of mishaps on the battlefield, including an airstrike that mistakenly hit dozens of Syrian soldiers just as the cease-fire began earlier this month — plunging the talks into turmoil.

Russian’s military campaign in Syria, however, did allow Moscow to showcase in combat for the first time its long-range cruise missiles, launched from the air and from the sea.

Farkas and others say that in the wake of the collapse of the cease-fire and the resumption of all-out war, time is not on Russia’s side.

“The Russians need to be thinking more carefully, that the Pottery Barn rules apply,” said Farkas, referring to the often-quoted “you break it, you bought it” slogan. “Russia now has lead responsibility for rebuilding Syria.”