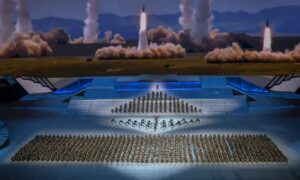 Russia Drifting Further Away From the G8

With each passing week, it is increasingly apparent that Russia does not share many of Canada’s, or the other members of the G8, core social and political values. From obvious economic cronyism and acute market distortion to open persecution of the gay community and support for the morally bankrupt Syrian regime, Russia is offside with the rest.

As long as Russia is part of the G8, it will be difficult for that body to speak with one voice on some key global issues.

So why is Russia still a member of the G8?

The answer is surprisingly simple: There is no easy or low-risk way to end its membership.

A Bit of History

For the first part of my career, I had the privilege of working on issues related to Canada’s international economic and financial interests, both at the federal Department of Finance and at the IMF. I was part of the team at the G7 summit in Toronto in 1988. I represented Canada at many international economic and financial meetings and negotiations, including the creation of the European Bank for Reconstruction and Development (EBRD) in 1989–90 after the collapse of communism in Central and Eastern Europe.

I thus had the chance to see international institutions in operation and to judge for myself what made them work—or not.

The G7 was created in the 1970s as a politico-economic club of the largest industrial countries that shared similar values like multi-party democracy; a belief in market forces, private property, and the rule of law; and respect for human rights, transparency, and freedom of the media.

Russia joined the club, creating the G8, in 1997 when Bill Clinton invited Boris Yeltsin as a way to foster democratic institutions and related behaviours in Russia, and to encourage the development of a Russian economy guided by these same values.

Unfortunately, the G8 experiment has not worked; Russia has slipped back into autocratic rule on many fronts.

The G8 is now at risk of being neutered on many socio-political issues by continuing to accept Russia as a member. Even at the best of times, it is hard to keep the G7/8 agenda focused on economic, trade, and financial matters (as we former and current “Treasury types” have tried to do). With Russia’s actions, it is nearly impossible to prevent politics from dominating and distorting the agenda.

The most recent G8 meeting, in June 2013, succeeded in building consensus on the need to combat international tax evasion; but the communiqué failed to take a forceful common position on the Syrian civil war. Discussion on the behaviour of other troublesome states (think “Iran” or “North Korea”) was also likely sidetracked.

If Russia increasingly does not share the values and ambitions of the other members of the club, it logically should not remain a member. However, compelling a country to leave an international club is not easily done. There is seldom a formal pre-defined exit process, and most departures involve a decision by the leaving country, not by the remaining membership.

It is possible that the other G8 members could decide simply to expel Russia, but there would most likely be negative geo-political, economic, and even military consequences to that decision, which are both unknown and hard to estimate.

So an uneasy and continuing stalemate is the most likely course of action for now.

Moreover, Russia is slated to be the host of the 2014 G8 meeting in Sochi, making the question of a Russian departure doubly complicated.

We can anticipate that President Vladimir Putin will attempt to use the next G8 meeting to consolidate his leadership position by showcasing Russia’s “economic achievements” of spectacular (and incredibly expensive) new sports facilities and infrastructure in Sochi, while concurrently pushing his own political and economic agenda for domestic consumption.

Ironically, there is another global economic institution where sharp political differences among members may not matter as much.

The G20 was created during the 2008 financial crisis, at a time of acute financial weakness in the United States and other industrial countries, in order to provide global support for economic and financial stabilization and stimulus. It brought key emerging markets into the fold and, therefore, offers an alternative forum for global economic policy discussion and coordination among countries with very different socio-political values and systems, including China, India, and Saudi Arabia.

The G20, not the G8, would be the better forum for economic dialogue with Russia; but the die is cast.

So Where Are We Left?

Russia was invited into the G8 through the front door nearly 20 years ago. Despite the deepening cleavage in values between Russia and the West, there is no easy way to push it out of the club.

As long as Russia stays a member of the G8, the group will be hard-pressed to form strong common views on some specific hot political and economic matters; and the G8 will certainly be less able to provide effective global leadership on those issues.

Glen Hodgson is the Senior Vice-President and Chief Economist, Forecasting and Analysis, at the Conference Board of Canada.