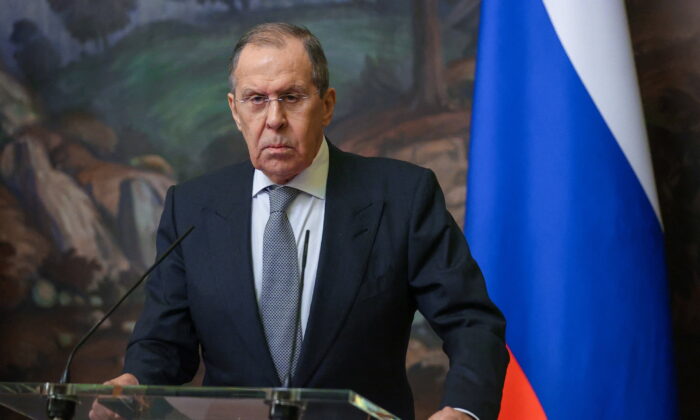 Russia announced Tuesday it is imposing sanctions on Canadian officials and members of Parliament, barring them from its soil, in retaliation for Canada’s sanctions against it. Moscow also warned that future responses will be decisive and not symmetrical.

The list of 313 names also includes most members of Parliament, other cabinet ministers, as well as Canada’s Chief of Defence Staff Gen. Wayne Eyre.

The foreign ministry says Russia was “forced” to take this step to respond to the “outrageous hostility” of Canada, which has “tested our patience for so long.”

Every attack on Russia, whether on diplomatic missions, the closure of airspace, or the severing of economic ties “will inevitably receive a decisive and not necessarily symmetrical rebuff,” says the foreign ministry.

Canadian MPs reacted by taking to Twitter, with some expressing pride, but also incomprehension.

“I’m designated Russophobic whereas I never spoke about Russia in Parliament since my election,” said Bloc Québécois MP Xavier Barsalou-Duval.

Liberal MP Anthony Housefather wrote, “I have now been banned from visiting Russia. I am humbled by the honour Putin has bestowed on me.”

“I am glad to see I am near the top of the list of people banned from Russia,” wrote Conservative MP Dan Albas, who is No. 2 on the list.

Members of Ukrainian-Canadian organizations are also being targeted by Russia, such as the president of the Ukrainian Canadian Congress Alexandra Chyczij. She released a brief statement in response to the sanctions that reads: “LOL.”

On the same day, Ukrainian President Volodymyr Zelensky addressed Canada’s House of Commons, and while thanking Canada for its support so far, he also pleaded for more help and for Canada to help impose a no-fly zone.

“Close the airspace, please stop the bombings. How many more cruise missiles have to fall on our cities until you make this happen?” said Zelensky.

Officials in the U.S. administration were also slapped with the same sanctions on March 15, including President Joe Biden, Secretary of State Antony Blinken, and CIA Director William Burns.

The list of 13 names also includes people outside the administration, such as the president’s son Hunter Biden and former presidential candidate Hillary Clinton.