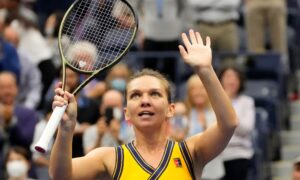 Russia and the West Compete in Eurasian Borderlands

Ben Sheen: Hello and thank you for joining us. My name is Ben Sheen, I’m a managing editor here at Stratfor, and today I’m joined by Eurasia analyst Eugene Chausovsky. We’ll be talking a little bit today about the increased buildup of tensions along Russia’s periphery. So, Eugene, clearly this is something that yourself and the team has been tracking very, very closely. And, as we’ve seen in Ukraine, the events that are unfolding on the ground there are impacting Moscow’s decision-making. How exactly has this been affecting Russia’s stance when it comes to its periphery?

Eugene Chausovsky: Right, so as you mentioned, basically the crisis that we’re seeing now between Russia and the West originated in Ukraine, but it’s kind of had this ripple effect throughout the entire region really. So what started in Kiev with the demonstrations in February that ended up ousting the pro-Russian president then spread to, of course, Russia’s reaction in Crimea; now we have the separatist conflict in eastern Ukraine, which, you know, is well documented. But it’s really, there’s no country that isn’t affected by this crisis within the wider region. So, for example, you have countries like Moldova, countries like Georgia, which are also being kind of pulled by the West or are trying to get closer to the West in the same way that Ukraine is, and in return Russia is having some influence there and trying to sort of block those efforts. While at the same time Russia is building up its own sort of alliance to counter what’s happening with the EU and NATO efforts. So countries like Belarus, countries like Armenia, even as far away as Kyrgyzstan, are just getting closer to Russia militarily, economically. And this is kind of the situation that we’re in right now.

Ben: Absolutely. And you mention the fact that you have these countries in Central and Eastern Europe, which are effectively stuck in the middle between these two poles of the West — largely the United States, NATO, those countries — and then you have the East with Russia itself. So what’s the West specifically doing that’s got the Kremlin concerned?

Eugene: Right, so another kind of byproduct of this crisis is, those countries that are in the EU and that are in NATO — particularly the Central/Eastern European countries like Poland, the Baltic states, Romania — these are the countries that are kind of on the front lines, so to speak, because they are the closest to Russia geographically, they have historical, obviously, concerns with Russia. And what that’s forced them to do, basically, is to try to get a greater commitment from the part of NATO especially. So, for example, you see countries like the Baltic states and Poland calling for a permanent basing, basically, of NATO on their territories. Now, the U.S. and NATO have kind of stopped short of that, saying that that’s not something that they’re interested in right now.

Ben: Because that would be seen as an aggressive move by Moscow, right?

Eugene: Exactly, right. But, what they have done is that they’ve basically increased military exercises. You have this kind of semi-permanent rotation of forces that are happening in Poland and the Baltic states. So they have, NATO has certainly increased its presence on these front-line states, and that’s something that has angered Russia, of course, even more.

Ben: So what’s been the response from Russia, then, seeing all this buildup on their perceived doorstep?

Eugene: Right, so, I mean, as I mentioned earlier, Russia has kind of its own military alliance system in the CSTO. It’s building up its Eurasian Union, which is an economic block, but it goes beyond that. And what Russia has done is essentially its own military buildup, both within its borders, as we’ve seen, you know, on the borders near Ukraine, but also in other areas: You have breakaway territories like Transdniestria, you know, Moldova, you have Russia’s presence in Abkhazia and South Ossetia in Georgia, and even within other countries such as Belarus, which is going to open up its own Russian military base next year. So you have basically these buildups on both sides, and that’s certainly contributing to the conflict. It doesn’t seem like either side wants to back down at the moment. And that’s kind of the situation that we’re in now.

Ben: Now there’s been a lot of widespread talk in the mainstream media comparing this to a Cold War situation where you have these two blocs forming. Do you think we’re in that position now?

Eugene: Well, yes and no, I would say. I mean, things are obviously different from the Cold War. I mean, the lines have shifted within the blocs, obviously, with NATO having expanded over the past 20 years or so; Russia, obviously, has lost influence in some of the former Warsaw Pact countries. But, at the same time, there is still that kind of driving mentality behind the Cold War, which is that Russia is a substantial regional power; it’s in the U.S. interest, it’s in the NATO interest, essentially, to keep Russia contained. And what we have now is, as a result of this Ukraine crisis, which was kind of derivative from that situation because the perception was that Russia had gotten too strong, so that was something that was sort of precipitated by the West, at least in the eyes of Russia, and what we can say is that relations are certainly at their lowest point since the end of the Cold War.

Ben: This is clearly something that we’ll be tracking closely. Please look forward to future analysis on Russia’s periphery, Ukraine and, certainly, what’s going on in Moscow at the moment, and also to our further forecasts looking at 2015 and beyond. Thank you for joining us.

“Conversation: Russia and the West Compete in Eurasian Borderlands” is republished with permission of Stratfor.