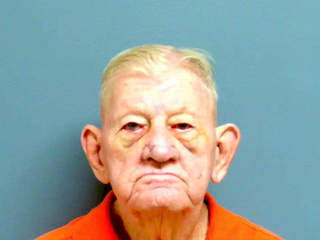 Dawes, of Cushing, Oklahoma, called the Davis Funeral Home on Dec. 5 and said he needed help with a dead body, local reports said.

When the director of the funeral home, Rodger Floyd,  arrived at the house, Dawes told him that he had shot his great-granddaughter.

Police officers found Sonja James dead from a gunshot wound in the chin.

Floyd said James moved in to Dawes’ home to help take care of him a few months ago.

Police officers said Dawes told them: “I got tired of her carrying on, and I shot her,” reported WPTV.

Dawes, who has no criminal history, now faces a felony murder charge.

“I went up to him, I told him, anything I could do to help him, I’d be more than happy to help him. He thanked me and he told me to take good care of his granddaughter,” said Floyd.

Dawes was charged with first-degree murder for the alleged killing, and he appeared in court last Friday, reported the Tulsa World.

“I never had something like that before,” Floyd said. “I hope I never will again.”

Floyd described Dawes as a friend he’s known for 30 years. When Dawes initially called him, he wanted Floyd to help dispose of the body.

Instead, Floyd called the authorities.