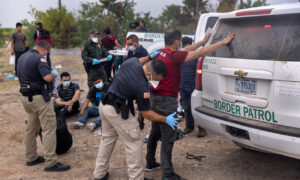 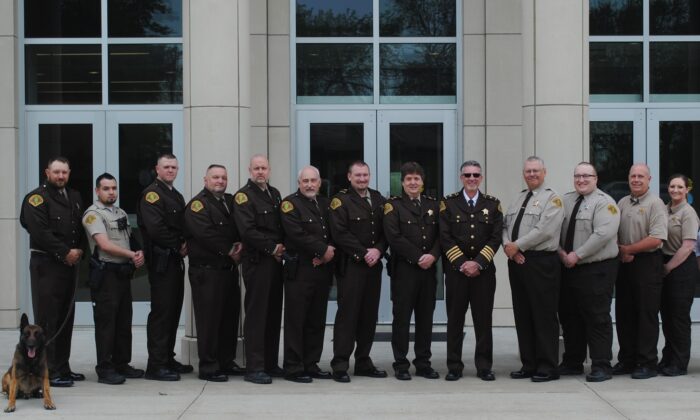 CHICAGO—A recently enacted criminal justice overhaul in Illinois has led to an exodus of sheriffs, and among them is Scott Harvel, the Union County sheriff in the southern tip of the state.

Harvel leads a typical small, rural sheriff’s office with about 10 sworn deputies, each stretched thin to cope with the mounting methamphetamine-related drug offenses and mental health cases that plague rural towns. Resources are far scarcer in rural counties than they are in big urban areas, and everyone wears a dozen hats to get the job done.

It’s a difficult job to police rural areas, but instead of offering more support and resources, Illinois lawmakers continue to approve laws that make that job even more difficult, Harvel said.

After the most recent criminal justice bill (the SAFE-T Act) was approved by the state Legislature, Harvel believes he can no longer effectively do his job and protect the safety of county residents. After 34 years in law enforcement, he will retire in August, 15 months before his elected term ends.

“My hope and prayers are that things come around and we get more support, but I don’t think we are going to see that happen for a long time,” Harvel told The Epoch Times.

The new criminal justice law made sweeping changes to the police profession—some of which won’t take effect until 2023—including allowing anonymous complaints against police officers, opening the door to civil penalties against officers for practice violations, and prohibiting officers from arresting offenders for class B and C misdemeanors.

“If someone trespasses [on] your property and refuses to leave, police cannot arrest the offender to protect you. I don’t want to be that sheriff who has to leave a resident in that kind of situation and say, ‘I am sorry. There is nothing I can do for you,'” Harvel said.

Five major Illinois law enforcement organizations have derided the SAFE-T Act, calling it a “monster bill” that allows criminals to roam free while punishing officers for doing their jobs. A follow-up bill has addressed some police concerns with the act, but Harvel thinks the overall legislative direction remains unchanged.

“When we have no ability to enforce the law, when we start going down that road, what will happen next?” he asked.

A young patrol officer in his office quit shortly after the SAFE-T Act. A few more are thinking about getting jobs in police agencies in other states. Another long-serving officer expects to retire in a little more than a year, Harvel said.

If their positions become vacant, Harvel doubts the agency will be able to fill them at all. Police hiring has also been on a downward spiral for years, and the new legislation made it even worse, he said. For the most recent opening at his office, only two people have applied.

“I used to have people knocking on the door to come to work at the sheriff’s office. It was a great, great place to work. Now I have nobody,” Harvel said. “Think about a world without police officers. How would we function? That’s a scary thought.”