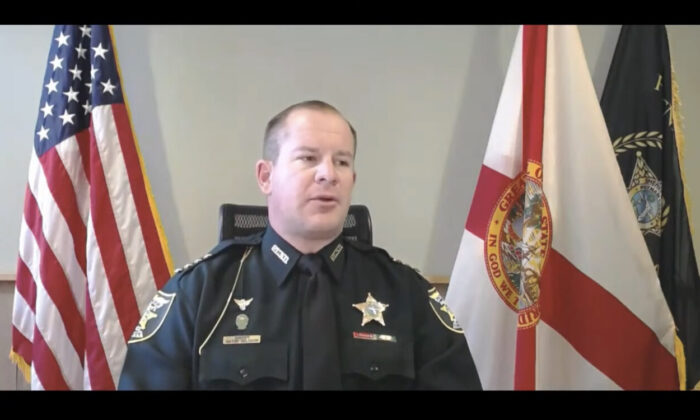 On the day of the deadly 9/11 terror attacks, operators in emergency call centers struggled to ascertain what was happening.

According to the 9/11 Commission report, this may have led to additional deaths. The report details the story of one person from the North Tower of the World Trade Center who tried to save victims, only to give up in frustration because of the communication breakdown.

“I told them when they answered the phone … that I had passed somebody on the 44th floor, injured. … They put me on hold. … Somebody else came back on the phone, I repeated the story. And then it happened again,” the person said.

“But I told the third person that I am only telling you once. I am getting out of the building, here are the details, write it down, and do what you should do.”

The 9/11 Commission found that emergency call centers were unable to handle the volume of calls, and were unable to effectively communicate with each other, as well as with other agencies on the federal, state, and local levels.

Since then, jurisdictions have spent hundreds of millions of dollars in an attempt to upgrade their systems. At an Oct. 7 House Homeland Security subcommittee hearing on the matter, first responders touted the success of these efforts.

Christopher Rodriguez, director of the Homeland Security and Emergency Management Agency, said the First Responder Network Authority (FirstNet) is one of the main improvements resulting from recommendations by the 9/11 Commission.

“FirstNet enables us to continue sharing voice, data, and video even in the face of extreme network congestion,” he said. “Additionally, our partnership with FirstNet has enabled us to request rapidly deployable cellular infrastructure to support the demands of large events and incidents.”

However, not all jurisdictions have benefited equally from the post-9/11 improvements. Rodriguez said the National Capital Region has received some $300 million in federal grants for emergency communications systems since 9/11, and spends about $10 million per year on improvements.

Meanwhile, Putnam County, Florida, Sheriff H.D. “Gator” DeLoach suggested that his jurisdiction has only received a small fraction of that.

“Post 9/11 funding was robust immediately following the attacks, but has waned significantly,” he told committee members. “For rural communities, this funding was significant in assisting emergency communications in receiving vital technology in a timely manner.”

DeLoach said his county operates on World War II-era technology, with its communications platform being an analog VHF radio system primarily assembled from parts of decommissioned systems that were donated from other areas.

“Legacy 911 systems are built on old copper landline systems and are often not able to accept and process texts, images, videos, and other modern data formats,” Maier said.

Without modern infrastructures such as fiber optic cables and other equipment, rural areas won’t be able to transition to more modern systems, he warned.

“Without federal funding, many jurisdictions will not be able to transition to this new technology. This will create a patchwork of ‘haves’ and ‘have nots,’ creating sub-optimal responses and uneven capabilities throughout the United States,” he said. “Some 911 centers will achieve [next generation 911 systems] while others, especially those in rural areas, will not have the means.”

While committee members expressed sympathy at the problems outlined above, little by way of solutions was proposed.

Rep. Kat Cammack (R-Fla.) said DHS grants need reform, as a county in her district has a population that’s 400 people too many to receive certain federal funding—putting it in the situation of being large enough that it needs additional resources, but not large enough to devote the time and energy necessary to obtain grants.

Maier, the head of the Public Safety Next Generation 911 Coalition (MCSA)—a consortium of police and fire departments across the nation—said his organization is lobbying for a one-time $15 billion federal investment.

“MCSA strongly believes this once-in-a-generation investment will allow the successful deployment of next-generation 911 nationwide, improve emergency response, and save lives,” he said.