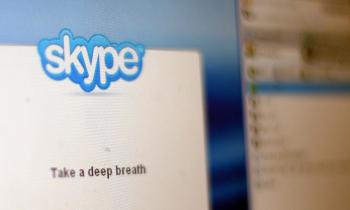 Rupert Murdoch's company BskyB reportedly has been in a legal battle with Skype over the name and similarities between logos of the two companies. (Mario Tama/Getty Images)
Business

By Resa Xu
Print
Rupert Murdoch’s company BskyB, a satellite broadcaster, asserts that it owns the “Sky” in Skype's name, resulting in a legal battle between the two firms over the last five years, according to reports on Tuesday.

The dispute was revealed in a 250-page document, which announced the internet phone company's plan to raise $100 million on an initial public offering on the Nasdaq stock exchange.

“The dispute is that the brands ‘Sky’ and ‘Skype’ will be considered confusingly similar by the members of the public,” said a Sky spokesman, according to Belfast Telegraph.

Skype was denied the right to use its name in Europe.

The lawsuit “could have a material adverse effect on our business,” stated the Skype document. Skype currently has over 560 million registered users, but only 8 million of them pay, Reuters reported.

BSkyB said their objective in the suit is to make sure Skype will not directly compete with them.