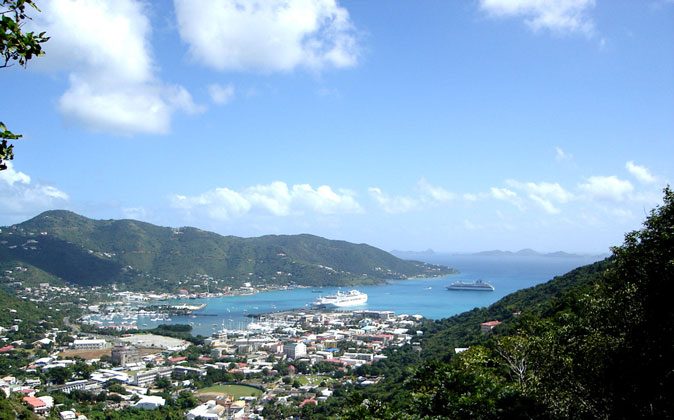 The International Consortium of Investigative Journalists (ICIJ) and its affiliates on Oct. 3 began publishing stories about the Pandora Papers—a trove of 2.94 terabytes of data made up of about 11.9 million records, reportedly exposing the finances of the world’s wealthy elite.

The Pandora Papers follow the ICIJ’s 2016 Panama Papers and 2017 Paradise Papers investigations. The earlier reports were largely based on leaked data from single firms—the Panamanian law firm Mossack Fonseca in the first instance and the offshore service provider Appleby in the second case.

But this time, the data undergirding the Pandora Papers reportedly comes from 14 major financial service providers across numerous jurisdictions. That’s fueled speculation that the data was derived from a sophisticated hacking operation, possibly with the backing of Western intelligence agencies.

“The idea that there are 14 trust companies around the world whose data was simultaneously handed over to the ICIJ or members of the same network, suggests to me a government intelligence agency with a lot of resources behind this, or a group of high-net-worth individuals who have it in their mind that the ‘1 percent’ need to pay their share,” Martin Kenney, an attorney in the British Virgin Islands (BVI), told The Epoch Times.

With the BVI being one of the main subjects of numerous ICIJ investigations, Kenney and his colleagues have frequently criticized those reporters over the years.

When it comes to criticizing the Pandora Papers, the BVI and other tax-haven attorneys are joined by unlikely allies from the progressive left. On Twitter, numerous left-leaning pundits and reporters have questioned why the ICIJ’s reporting has mostly focused on leaders from developing countries, while leaving the Western power elite unscathed.

“What a coincidence that there are zero U.S. politicians included in the Pandora Papers list of offshore bank accounts. I guess they’re all pure and free from corruption!” said Ben Norton, an assistant editor at The Gray Zone, poking fun at the ICIJ’s reporting.

The relatively centrist Brookings Institution has also questioned the source of ICIJ’s data. After the Panama Papers revelations in 2016, a writer for Brookings suggested that the reports could be part of an information war between Russia and the United States.

“Early last year, circles in the West sought to use the media to respond to what they described as Russia’s ‘hybrid warfare,’ especially information war, in the wake of the Russian annexation of Crimea and related activities. They identified corruption as an issue where Putin was quite vulnerable,” Brookings’ Clifford Gaddy wrote in April 2016. “It’s worth looking at the Panama Papers in that context.”

Representatives of the ICIJ didn’t respond by press time to a request for comment about the intelligence and hacking speculation.

Kenney, for his part, has reservations about the theory that the Pandora Papers are based on a Western-backed intelligence operation. He suggests that there could be a simpler explanation: U.S. taxpayers are more hesitant to use tax havens, given that the IRS is perhaps the harshest tax authority in the world.

“Some countries like France, they have a chuckle about it. No one seems to go to prison for a long time for impeding the French taxman,” he said. “America has more people in prison than anyone else in the world, and one reason is that they have a lot of police and a lot of prosecutors and judges willing to enforce the laws seriously.

“I think that has an impact on human behavior.”

Kenney stated that many offshore banks won’t do business with Americans due to the risk of running afoul of U.S. regulators.

Regardless of whether the Pandora Papers are a product of hacking or whistleblowing, Kenney and others have been unimpressed with the journalism stemming from the data.

While Pandora Papers stories will likely continue to be published for weeks, early headlines include “How we tracked ancient Cambodian antiquities to leading museums and private galleries,” and “Sri Lankan power couple piled up luxury homes, artworks, and cash offshore as ruling family rose and rose.” The Guardian and other outlets reporting on the papers have repeated qualifications that the activity they’re exposing isn’t necessarily illegal.

Kenney says that so far, the stories from the data have failed to live up to the Pandoran moniker, as though a collection of illegal or immoral activity had been exposed in opening a new Pandora’s box.

Kenney argued that the privacy violations involved in such a massive data breach outweigh the public benefits that the reporting—at least to date—has brought.

“Of course there are some examples here where there’s public interest, but I think that’s in the minority of cases—most of its sensationalist,” he said. “Why is it that the ownership of the offshore company is somehow less private than a person’s home or their bank account or their bedroom?”

As an asset-recovery attorney, Kenney often represents victims of fraud and abuse. He isn’t shy about calling out the criminality that exists within the murky offshore financial sector. His investigations have ranged from two-bit charlatans in the BVI to massively complex cases dating back to the Liberian civil war.

But he said transparency for transparency’s sake—organizations such as Oxfam and Global Witness call for the owners of all offshore firms to be public—won’t help fight crime.

“Can you imagine a world where an Al Capone—you tell him, ‘Now we have a beneficial ownership registry.’ And Al would be invited to fill out forms for the companies he formed, identifying his ownership so the Guardian can say, ‘Yes, we know which companies Al owns,’” Kenney said.

“Are you that serious and naïve to think the aims of these campaigners will actually stop crime, fraud, and corruption?”