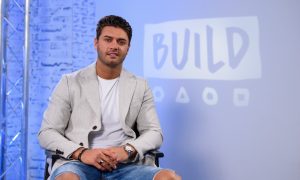 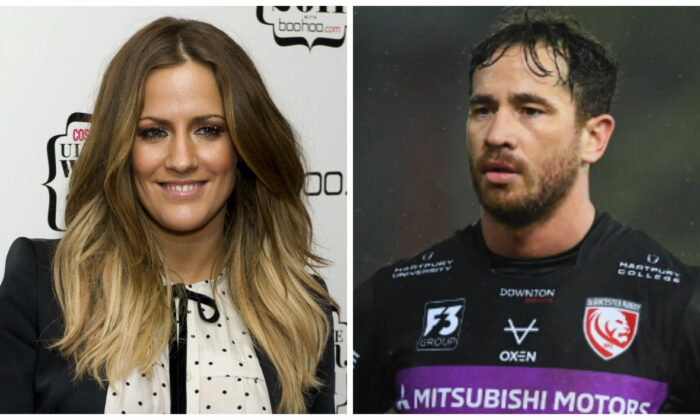 English rugby star Danny Cipriani, whose ex-girlfriend Caroline Flack took her own life on Saturday, has revealed he was suicidal in his early 20s and tried to buy a gun to end his life.

In a lengthy video posted to his Instagram account, an emotional Cipriani described how he tried to buy a gun, and had to urge a British tabloid not to publish details of his efforts.

He also paid tribute to Flack, the TV presenter whose death has sparked questions about intrusive media coverage in Britain, urging news outlets and people on social media to “be kind.”

“Someone that I loved as a person very dearly, and someone I’m very close to, has decided to take her own life, as everyone knows,” the Gloucester and England player said at the start of the video. “I felt safe with her … she made me feel OK.”

“Ultimately it was embarrassment and shame that killed her,” he added, before detailing how he went through “severe depression” when he was 22. “I decided at a point it was time for me to take my own life,” he said.

Cipriani said that after he repeatedly backed out of attempts to buy a gun, the person he had asked to supply him with the weapon “sold all the messages to the newspaper, to The Sun, and The Sun knew everything.”

The story was ultimately never published, after Cipriani’s psychiatrist got involved and told the paper details of their sessions, Cipriani said.

The Sun declined to comment on the matter to CNN.

That approach has come under intense scrutiny since Flack, who was awaiting trial for an alleged assault on her boyfriend and had been the subject of a barrage of intrusive news stories, took her own life.

The fallout from Flack’s death has reopened a long-running debate over press regulation in Britain, with some politicians and campaigners saying new rules are needed.

“If there’s a good and bad story, the bad sells more,” said Cipriani, who also urged people on social media to think about the impact of messages they write.

Aside from tabloid coverage, Flack had also spoken about the effects of repeated messages from trolls online.

“We now have an opportunity” to change how we interact online, the 32-year-old player said. “We can’t just blame the media … but we can now change what is happening.”

The pair dated last year and remained friends after splitting up, with Cipriani revealing that Flack contacted him hours before taking her life.

“She decided to call me in her last moments when she was with her two best friends … I thank her for that, because I felt safe with her,” he said.

“But it needs to change—we need to be able to be vulnerable, it doesn’t matter what scale it is.”