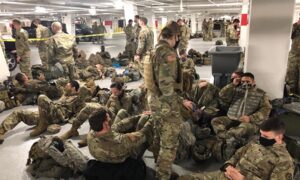 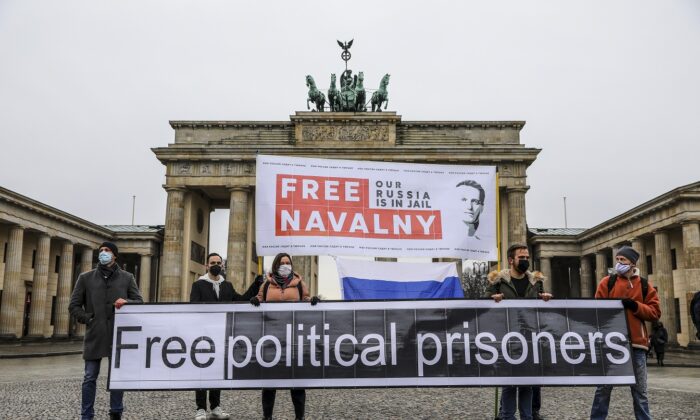 Rubio Rips McKinsey for Response to Arrest of Putin Critic

Navalny was arrested last week as he returned to Russia from Berlin, where he was recovering from his poisoning five months ago by a military-grade nerve agent known as Novichok. Navalny is one of Russia’s most prominent critics of Russian President Vladimir Putin. His Jan. 17 arrest sparked demonstrations on Jan. 23 that The Associated Press said led to the arrest of more than 3,000 people by Russian police.

In an unusual statement issued early on Jan. 24, Rubio made public a letter in which he blasted McKinsey & Company Global Managing Partner Kevin Sneader after Sneader’s firm told its Moscow office employees they were forbidden from participating in “illegal” demonstrations.

The firm subsequently issued a statement saying its employees are free to participate in “legal” protest demonstrations.

“It strains credulity to believe the managing partner of Russia and CIS incorrectly characterized how McKinsey policy sought to interact with the Putin regime in his original email,” Rubio wrote.

“Despite efforts to correct public perception now, this episode raises serious questions about McKinsey’s core values and corporate culture,” he said. “It is no secret that McKinsey maintains close business ties to Russian government agencies and Kremlin-linked companies.”

Rubio told Sneader that the firm’s actions contradicted what he was told was the company’s policy by another senior executive last year, and raises questions about whether there were consultations between McKinsey officials and the Russian government about the demonstrations protesting Navalny’s arrest.

“The initial guidance is also radically different from what Ms. Liz Hilton Segel, the managing partner for McKinsey’s North America operations, outlined to my office just a few months ago,” Rubio said in his letter.

“With every new report of McKinsey & Company’s work with authoritarian regimes, I grow increasingly concerned about its work on behalf of the U.S. Government.”

Rubio’s views are especially significant because he’s the ranking Republican on the Senate Select Committee on Intelligence and is considered a potential contender for the 2024 Republican presidential nomination.

Some of the demonstrations on Jan. 23 to demand Navalny’s release from prison were held in the Siberian region of Russia, where temperatures reached 50 below zero.

The U.S. State Department condemned Navalny’s arrest and those of the demonstrators, saying, “We call on Russian authorities to release all those detained for exercising their universal rights and for Navalny’s immediate and unconditional release.

“We urge Russia to fully cooperate with the international community’s investigation into the poisoning of Aleksey Navalny and credibly explain the use of a chemical weapon on its soil.

“The United States will stand shoulder-to-shoulder with our allies and partners in defense of human rights—whether in Russia or wherever they come under threat.”

Navalny has long been targeted by Putin. The critic was charged and convicted in 2014 of money-laundering, but he has insisted the case against him was false. His arrest upon returning from Berlin violated the terms of his suspended sentence in the money-laundering case, Russian authorities claimed.

In a related development on Jan. 24, Sen. Ben Sasse (R-Neb.) called on President Joe Biden to impose new sanctions on Russia in response to Navalny’s arrest and to lead an international coalition to protest the Putin regime’s actions.

“Vladimir Putin is a coward who fears the strength and resilience of the Russian people. Tens of thousands of Russians took to the streets because they’re fed up with Putin and refuse to be silenced by his tyrannical regime,” Sasse said.

“The free world has seen their bravery. The Kremlin must release Alexei Navalny immediately, along with the thousands of Russians they’ve unjustly arrested in the last 24 hours.

“The United States should immediately rally an international response to impose Magnitsky sanctions on those leading the crackdown on protesters and invoke the provisions of the Chemical Weapons Convention to inspect Russian facilities that produced the nerve agents involved in Navalny’s poisoning. It’s time the freedom-loving world cut off all avenues of support for Putin’s corrupt regime.”