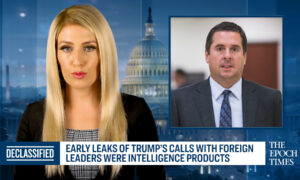 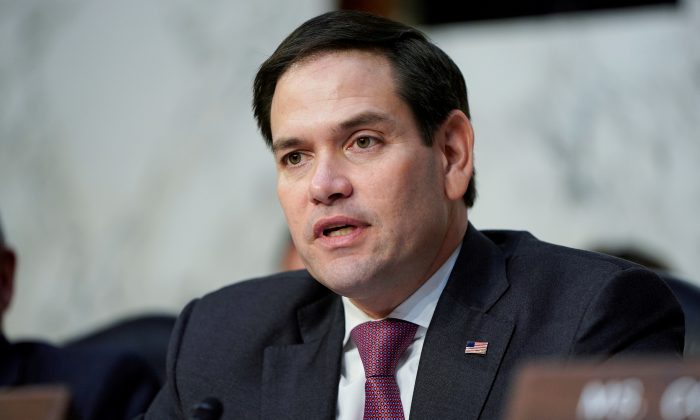 WASHINGTON—Sens. Marco Rubio (R-Fla.) and Charles Grassley (R-Iowa) told Department of Health and Human Services (HHS) officials they have until Nov. 14 to answer questions the lawmakers first asked more than a year ago about tax dollars going to U.S. genetic testing firms with links to China.

At issue is whether Chinese firms are gathering U.S. genetic data.

“We are concerned that [the Center for Medicare and Medicaid Services] (CMS) may be providing payments for genetic testing or analysis to U.S. entities that have domestic partnerships with WuXi, BGI, and other genomics companies with ties to the Chinese government,” Rubio and Grassley said in an Oct. 30 letter to HHS Secretary Alex Azar and CMS Administrator Seema Verma. The CMS is part of HHS.

WuXi and BGI are closely linked with Huawei, the state-directed Chinese telecommunications firm that is accused of being deeply involved in stealing U.S. intelligence, technology and trade secrets, and data.

Federal agencies and U.S. consumers have bought hundreds of millions of dollars of Huawei products with deeply embedded cyber intelligence and data-gathering capabilities. Huawei has since been banned from selling to the U.S. government.

The department was required by a law passed more than a year ago to submit a report to Congress within 90 days, “detailing instances in which CMS may have provided funding to entities that process Americans’ genome or exome data in China or Russia,” the senators told Azar and Verma.

The Senators wrote: “This congressionally-mandated report also directed the Secretary to coordinate with other relevant agencies to examine the potential effect of allowing beneficiaries’ genome or exome data to be processed in China or Russia on U.S. national security, U.S. intellectual property protections, HIPAA privacy protections, future biomedical development capabilities and competitiveness, and global competitiveness for U.S. laboratories.”

The department has yet to provide the report, and a Rubio spokesman, who asked not to be identified, told The Epoch Times on Nov. 1 that “CMS hasn’t given any indication as to why this has been ignored.”

The Republican senators previously asked acting HHS Inspector General (IG) Joanne Chiedi to review CMS payments to determine if U.S. tax dollars were going to firms such as WuXi and BGI, as well as to “determine whether CMS considers national security risks when determining whether payments are permissible to providers with partnerships with these Chinese-affiliated companies.”

Chiedi responded in a July 31 letter, telling the senators the requested review was planned to begin in “late fall … to determine whether CMS has developed a risk-based approach that considers national security risk when certifying laboratories that conduct genomic testing.”

Due primarily to the growing popularity of individual gene-testing kits being used to determine a person’s ancestry, it’s estimated that 100 million people will have submitted saliva samples to private companies by 2021.

Those companies, in turn, use commercial labs to extract DNA data that goes into databases that are available for sale internationally or through proprietary partnerships. Those labs have to be certified by CMS.

Rubio and Grassley are concerned because “in 2016, WuXi was the first genetic sequencing facility in China to gain CLIA (Clinical Laboratory Improvement Amendments) certification from CMS. It has since gained a foothold in the United States,” they wrote in the letter.

“In March 2019, MGI announced plans to expand into the U.S. market by the end of 2019, making it all the more necessary to determine whether CMS payments are negatively impacting the interests of the United States.”

Amassing huge amounts of DNA data is vital to genetic research, especially in the area of biomedical technologies aimed at disease prevention and treatment, “which is why the Chinese government is trying to access other nations’ genetic information—oftentimes through questionable practices. Knowing the importance of this information, the Chinese government does not allow its citizens’ DNA to leave the country,” the spokesman told The Epoch Times.

“Together, these two programs totaled more than $1.1 trillion in federal outlays in 2018. Taxpayers cover the costs of CMS payments and have every right to know if their money has gone to entities connected to the Chinese or Russian governments,” Grassley and Rubio told Azar and Verma.