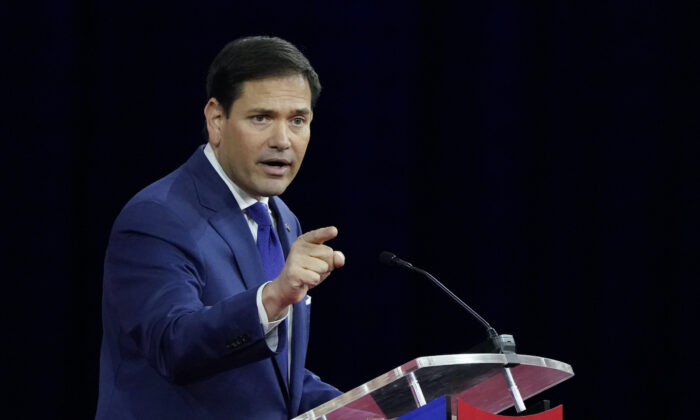 Republican lawmakers are in a furor after a U.S. government body approved the sale of intellectual property (IP) related to semiconductors to a company in China.

Alphawave is financially backed by Wise Road Capital, a private equity firm based in Beijing with ties to the Chinese Communist Party.

“By failing to block this latest sale, the Biden Administration has yet again demonstrated its total unwillingness to take this threat seriously,” said Sen. Marco Rubio (R-Fla.) in a statement.

“American competitiveness will suffer in the long term as a result.”

The Biden administration has attempted to present a strong front on the issue by passing a mammoth $280 billion spending bill to encourage companies to manufacture the chips domestically.

As such, it is unclear what reason the administration would have to allow for the sale of IP to China that would allow its ruling Communist Party to further manufacture its own chips.

The issue was made more contentious by the fact that CFIUS previously prohibited a Wise Road attempt at merging with U.S. semiconductor IP produced by South Korea-based chipmaker Magnachip Corp. just eight months ago.

Wise Road, whose deals have often aligned with the goals of China’s communist industrial policy objectives, and Magnachip, an NYSE listed company with operations primarily in South Korea, had to abandon their merger plans.

The U.S. Treasury Department said that the deal posed “risks to national security,” and CFIUS ordered the deal to be put on hold.

“This course of action resulted from the inability of the parties, despite months of effort, to obtain CFIUS’s approval for the merger,” Wise Road and Magnachip said in a joint statement in December 2021.

It is currently unclear why CFIUS barred the previous sale of IP to Wise Road but did not bar such a sale to a company in which it owns a stake.