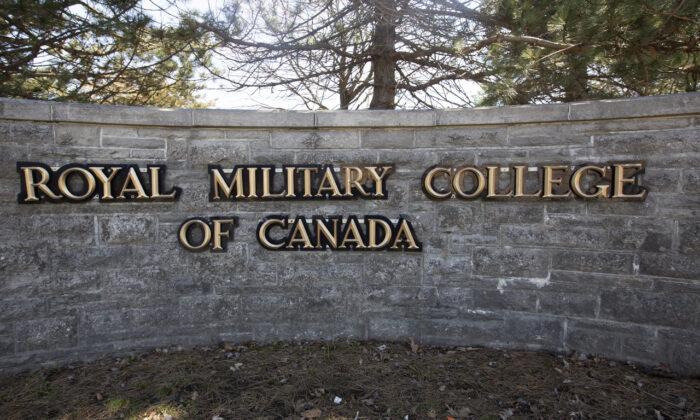 Ontario’s Royal Military College will hold a memorial service in remembrance of four young cadets killed on campus last month in an accident involving a vehicle.

The Royal Military College is holding three ceremonies on May 19 and 20 to celebrate its class of 2022. The class will hold the memorial for their deceased classmates during Thursday evening’s ceremony, set to begin at 7 p.m.

Four cadets of the Royal Military College of Canada lost their lives on campus on Friday April 29, 2022. This loss is felt across the RMC community and we extend our deepest condolences during this difficult time. https://t.co/dg9JP1Tb9k pic.twitter.com/T1n3N2J05F

The four officer cadets, Jack Hogarth, Andrei Honciu, Broden Murphy, and Andrés Salek, were all in the vehicle that went into the water at Point Frederick, which borders the campus in Kingston, Ont., in the early morning of April 29, 2022.

The four young men were in their fourth year and will be commissioned as officers of the Canadian Armed Forces (CAF) after the graduation ceremony.

Following the incident, the CAF said the loss of these young men “is felt across the RMC community.” An investigation by the CAF National Investigation Service remains ongoing.

“This is an event driven by the class of 2022 to honour their fallen classmates, and provide an opportunity for the RMC Community to collectively grieve this tragic loss,” the RMC said in a statement.

The RMC’s convocation ceremony is set to commence at 1 p.m. on May 19 in the Field House of the Kingston Military Community Sports Center on campus.