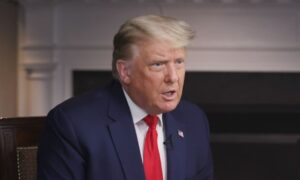 Los Angeles Homicides Will Exceed 300 This Year, Highest in a Decade: Police Chief
0
US

LONDON—Royal Mail and postal unions will hold talks today and Tuesday to consider the future of the Royal Mail company and the strikes planned to start on Thursday of this week.

The meeting at the Trade Union Congress (TUC) headquarters in London will be chaperoned by TUC General Secretary Brendan Barber, who has spoken to both parties.

Strikes intended for three days from Thursday through Saturday, and continuing disruptions throughout the approach to Christmas, could be averted by this TUC initiative.

Both Royal Mail, which is owned by the government, and the Communication Workers Union (CWU) – the union with the largest number of postal workers at Royal Mail – agree that modernisation and job losses are essential and inevitable in the present mail market.

Problems have arisen over the degree of consultation and details of proposed changes, for example, the introduction of later delivery times, electric trolleys for carrying mail on routes, and transportation of groups of delivery workers by van to various drop-off points from where they will “star burst” into the neighbourhood.

On Friday 78,000 workers walked out. Royal Mail’s estimate of the backlog items is 30 million, while CWU estimate it as 65 million.

Postal tax returns delayed because of the strike action will be unlikely to incur fines, say HM Revenue and Customs. People who miss the October 31 postal cutoff can file returns online before January 31, 2010.

Around 20,000 notices of intended prosecution of speeding motorists are held in the logjam. If they are not delivered in 14 days of the alleged offence, they are considered "out of time" by the courts.

Small businesses are worse hit by postal strikes as invoices can be delayed causing havoc with cash flow and they will find switching services at short notice difficult, so customers go elsewhere.

However, high street shops may find an upturn in income as people cannot rely on internet orders to arrive on time either.